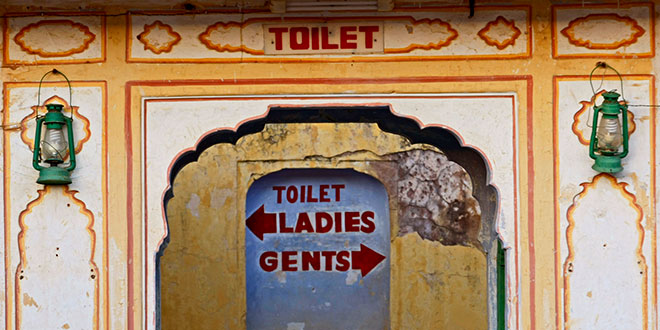 Lucknow: The Uttar Pradesh government will have to construct 44,000 toilets per day to make the state open defecation free (ODF) by October 2 next year, Chief Secretary Rajive Kumar said.

He also directed district magistrates (DMs) to speed up the work, saying they should spare alteast half an hour per day for monitoring it.

To make the state ODF by October 2 next year, 1.55 crore toilets are to be constructed. To achieve the target, 44,000 toilets are to be made everyday, Mr Kumar said while reviewing the work done under the Swachh Bharat Mission through video conferencing.

He said that on 10th of every month, a meeting of divisional commissioners will be held with him in which work progress will be reviewed.

Prior to this meeting, divisional commissioners should meet with respective DMs under them on 5th of every month to review the progress, he said.

The chief secretary on the occasion congratulated officers for making Shamli district and all villages on banks of river Ganga open defecation free.

Also Read: A Swachh Raksha Bandhan: Brothers In Amethi To Gift Toilets To Their Sisters

#PlasticBan: Why Have You Not Enforced It Strictly, National Green Tribunal Questions Delhi Government On Overuse Of Plastic Bags