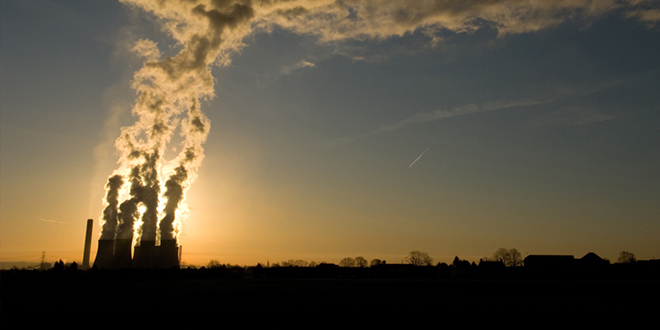 The COP27 meeting yielded mixed results, with a hard-fought agreement on a fund for countries most harmed by climate change being welcomed by vulnerable nations

New Delhi: Fossil fuel producers benefited from sympathetic treatment in Egypt at the COP27 climate talks, government officials said, bringing their influence to bear in rushed final negotiations and frustrating those who hoped for a more ambitious outcome. Officials said the host Egypt, a natural gas exporter and frequent recipient of funds from Gulf oil producers, was partly responsible, although the war in Ukraine and the subsequent European energy crisis also had an impact. Egyptian officials have said their priority was to provide a conducive atmosphere for negotiations and act as a neutral mediator. The presidency denied that fossil fuel producers had been given sympathetic treatment.

The end decision at COP27 was a compilation of inputs reached by consensus of all the UNFCCC parties who were all consulted, it said in a statement, referring to nearly 200 countries taking part in the summit under the U.N. Framework Convention on Climate Change.

Demands from environmental groups and scientists that governments and companies should leave oil and gas in the ground have had less traction this year, since European countries have scrambled to replace Russian gas.

The COP27 meeting yielded mixed results, with a hard-fought agreement on a fund for countries most harmed by climate change being welcomed by vulnerable nations, but a cover text that some officials said lacked ambition due to the influence of fossil fuel producers. The cover text summarises key outcomes of the summit.

The cover decision and the mitigation work program does not fully reflect the urgency of the climate crisis and did indeed cater too much to the more fossil and backward-looking forces, said Espen Barth Eide, Norway’s minister of climate and environment.

Some of the countries that had pushed hardest for the new fund for loss and damage simultaneously tried to weaken language around phasing down fossil fuels, he added.

The COP27 agreements are in line with what came out of the Glasgow meeting last year, to accelerate “efforts towards the phasedown of unabated coal power and phase-out of inefficient fossil fuel subsidies”, rather than being strengthened to phasing down fossil fuels as some countries had pushed for.

It also included a new reference to “low emission and renewable energy”. The Egyptian presidency said the language reflected part of the “just transition” adopted by all parties, which includes the use of hydrogen and nuclear energy to reduce emissions.

Egypt’s COP27 President Sameh Shoukry acknowledged there had been “disappointment in certain quarters” but told reporters after the deal that “a single party cannot achieve all their ambition, and this does not take away from the value of what was reached”.

For some, the Egyptian presidency had delivered a satisfactory deal by forging the agreement to set up a loss and damage fund. The idea had been resisted for years by some of the largest emitters, such as the United States and Europe, who were worried about the extent of liabilities.

Loss and damage was the one thing we wanted a lot for ages, and that being solved at a COP being hosted by a developing country, that in itself is a great win because it shows their diplomatic strength, said Selamawit Wubet, an adviser to a group of countries highly vulnerable to climate change.

But climate activists and some delegates said little progress had been made on most other issues, contending that the tone had been set by fossil fuel producers who played a more public and prominent role in Sharm el-Sheikh than at previous summits.

It has now become quite clear that the transition away from fossil fuels is going to be a difficult one, said Pakistan’s UN Ambassador Munir Akram, citing the impact of the war in Ukraine.

In the final 24 hours, the COP presidency held a meeting where calls from negotiators from countries and groups including Switzerland, the United States, Latin America and small island states, for Egypt to include language initially proposed by India to phase down all fossil fuels were unheeded, officials said. At least 80 countries supported such language, they said. Some negotiators expressed concern that Egypt had advanced its proposal without thorough consultation, as major emitters and producers took a stand against more ambitious goals on limiting fossil fuel use.

The Egyptian presidency told Reuters the process was “praised by all parties for being focused and streamlined”.

The issue of phasing down all fossil fuels was not agreed upon by many countries, it said.

Ahead of the final plenary meeting where a deal was struck just after 5:30 a.m. local time, a Reuters reporter saw some delegates caught off guard by the presidency’s last-minute announcement of the session. Guards had to wake up some delegates sleeping on couches and chairs outside the plenary hall after 3 a.m., instructing them to go inside.

It was very rushed towards the end. The normal procedure is that there would be more consultation and open dialogue on these things.

The European Union, which had threatened to walk out, fell reluctantly in line to preserve the deal on loss and damage.

Egypt will hold the COP presidency until it hands it over to the United Arab Emirates, an ally and a major hydrocarbons producer, in just under a year.

Holding COPs in petro-states may seem counterproductive but actually we can’t ignore these countries. They need to be engaged in the process and putting pressure on them as a COP host may provide bigger gains, said Mohamed Adow, founder of think tank Power Shift Africa.

NDTV – Dettol have been working towards a clean and healthy India since 2014 via the Banega Swachh India initiative, which is helmed by Campaign Ambassador Amitabh Bachchan. The campaign aims to highlight the inter-dependency of humans and the environment, and of humans on one another with the focus on One Health, One Planet, One Future – Leaving No One Behind. It stresses on the need to take care of, and consider, everyone’s health in India – especially vulnerable communities – the LGBTQ population, indigenous people, India’s different tribes, ethnic and linguistic minorities, people with disabilities, migrants, geographically remote populations, gender and sexual minorities. In wake of the current COVID-19 pandemic, the need for WASH (Water, Sanitation and Hygiene) is reaffirmed as handwashing is one of the ways to prevent Coronavirus infection and other diseases. The campaign will continue to raise awareness on the same along with focussing on the importance of nutrition and healthcare for women and children, fight malnutrition, mental wellbeing, self care, science and health, adolescent health & gender awareness. Along with the health of people, the campaign has realised the need to also take care of the health of the eco-system. Our environment is fragile due to human activity, which is not only over-exploiting available resources, but also generating immense pollution as a result of using and extracting those resources. The imbalance has also led to immense biodiversity loss that has caused one of the biggest threats to human survival – climate change. It has now been described as a “code red for humanity.” The campaign will continue to cover issues like air pollution, waste management, plastic ban, manual scavenging and sanitation workers and menstrual hygiene. Banega Swasth India will also be taking forward the dream of Swasth Bharat, the campaign feels that only a Swachh or clean India where toilets are used and open defecation free (ODF) status achieved as part of the Swachh Bharat Abhiyan launched by Prime Minister Narendra Modi in 2014, can eradicate diseases like diahorrea and the country can become a Swasth or