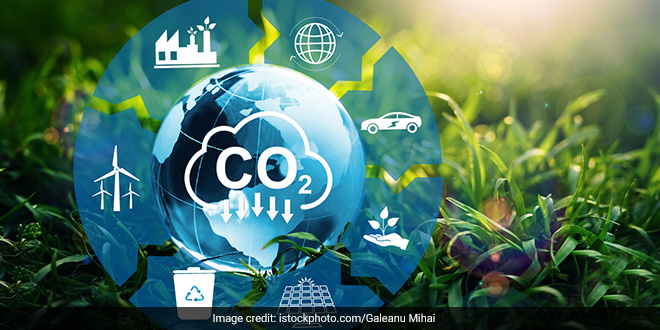 New Delhi: Experts say COP27 in Egypt did the bare minimum to address the causes of global warming, particularly the issue of fossil fuels, though it delivered better-than-expected results to deal with loss and damage caused by climate change-induced disasters. UN General Secretary António Guterres summed it up in a tweet: “A fund for loss and damage is essential – but it’s not an answer if the climate crisis washes a small island state off the map – or turns an entire African country to desert. The world still needs a giant leap on climate ambition.”

A fund for loss and damage is essential – but it’s not an answer if the climate crisis washes a small island state off the map – or turns an entire African country to desert.

The world still needs a giant leap on climate ambition.

Many hoped that the agreement would include a “phase-down of all fossil fuels” and not just coal, as proposed by India and backed by many developed and developing countries, including the EU nations and the US, but the final agreement did not essentially build on what was agreed upon in COP26 in Scotland.

A number of developed countries rued the agreement leaving out the call for peaking of emissions before 2025 and the weakening of language on the transition to green energy, but chose not to intervene on Sunday as it would have risked the loss and damage deal that poor and vulnerable nations had wanted for long.

While a big step forward was achieved at COP27 in addressing loss and damage, progress was minimal on raising mitigation ambition and scaling up climate finance.

“We leave Sharm El-Sheikh having done way too little to shrink the huge gap in ambition between countries’ 2030 emissions targets and what’s needed to keep 1.5 degrees Celsius alive,” he said.

In an analysis, the think tank said,

The world recognised the need for transformation of the financial system in order to finance the transition and resilience needs of developing countries. However, there was little new money on the table. Global climate finance for 2019-20 was noted as currently only 31-32 per cent of the annual investment required, and parties requested Multilateral Development Banks (MDBs) action a substantial list of reforms. The role of the private sector in financial system reform was noted, along with the importance of private sector accountability for net zero pledges and delivery.

However, when compared to COP26, the summit this year has brought in stronger language on renewables and included the just transition principles while bringing up energy transition, experts said.

COP27 also creates a new just transition work programme which is relevant for countries like India that have large workforces in fossil fuel-dependent sectors, she said.

Just transition means transition to a low-carbon development strategy over a time scale that ensures food and energy security, growth and employment, leaving no one behind in the process. Ulka Kelkar said,

Just as the G20 communique made a strong statement against war, the final decision from COP27 could have made a powerful commitment in the current energy crisis to phase out all fossil fuels. Instead, it only called for a diversified energy mix, implicitly accepting the continued expansion of gas.

A worrying aspect of the COP has been a systematic and broad undermining of the principles of equity and common but differentiated responsibilities and respective capabilities, which are very important for countries like India. This attempt to renegotiate and dilute these guiding principles, as was seen in the cover decision text as well as across negotiation tracks, is likely only going to get starker in the coming years, and India must prepare to confront these efforts effectively and tactfully.

According to negotiators from developing countries, rich nations demanded intensification of climate plans to limit warming to 1.5 degrees Celsius, and made efforts for the inclusion of emerging economies, such as China and India, among donors for climate finance, disregarding the principles of equity and common but differentiated responsibilities and respective capabilities (CBDR-RC).

In climate parlance, equity means that each country’s share of carbon dioxide emissions is equal to its share of the global population.

The CBDR-RC principle recognises that each country is responsible for addressing climate change but developed countries should bear primary responsibilities as they account for most of the historical and current greenhouse gas (GHG) emissions.

Dr Navroz Dubash from the Centre for Policy Research said the scolding on mitigation progress by the EU smacks of duplicity.

Sadly, COP27 could not come to any decision to phase out all fossil fuels in a sustainable and equitable manner, including oil and gas. Nevertheless, the Indian proposal at COP27 was an important starting point.

Explainer: How Far Has COP27 Inched Beyond Past Climate Deals?