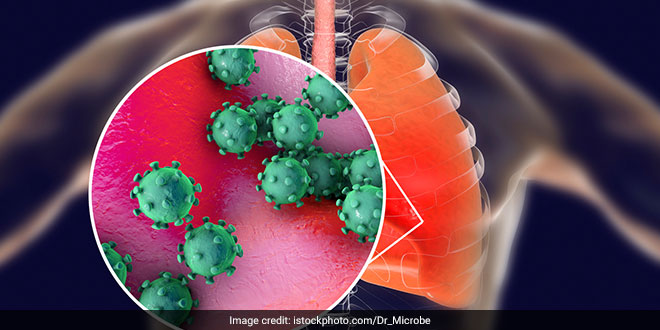 Hangzhou: Coronavirus attaches to a receptor on respiratory cells in the human body and hijack them to produce more viruses, scientists revealed. Researchers led by Qiang Zhou, a research fellow at Westlake University in China’s Hangzhou said that the new virus attached to a receptor on respiratory cells called angiotensin-converting enzyme 2, or ACE2 after entering into the human body, reported a science news website called Live Science. Zhou and his team used a tool called cryo-electron microscopy, which employs deeply frozen samples and electron beams to image the tiniest structures of biological molecules.

Coronavirus, also known as COVID-19, which originated from Wuhan city of China has claimed more than 4,000 lives and has infected over 1,27,000 people around the world.

The scientists around the world so far failed to discover the cure of the lethal infection.

According to Live Science, viruses must be able to gain entry into individual human cells to infect the host.

A virologist at Loyola University Chicago, who was not a part of the research team, is of the view that the new discovery will help in developing a drug or even vaccine for the virus. Thomas Gallagher said,

They have pictures all the way down at the level of the atoms that interact at the binding interface. The virus outbreak only began to occur a couple of months ago and within that short period of time, these authors have come up with information that I think traditionally takes much longer.

Last month, a research team led by scientists at the University of Texas in Austin described the tiny molecular key on SARS-CoV-2 that gives the virus entry into the cell.

They identified the key as the spike protein or S protein.

Last week, Zhou and his team described the rest of the puzzle — the structure of the ACE2 receptor protein (which is on the surfaces of respiratory cells) and how it and the spike protein interact.

The researchers published their findings in the journal Science on March 4. Liang Tao, a researcher at Westlake University who was not involved in the new study, said in a statement

If we think of the human body as a house and 2019-nCoV (another name for SARS-CoV-2) as a robber, then ACE2 would be the doorknob of the house’s door. Once the S-protein grabs it, the virus can enter the house.

Coronavirus Outbreak: Disinfect Your Smartphone Every 90 Mins To Prevent COVID-19