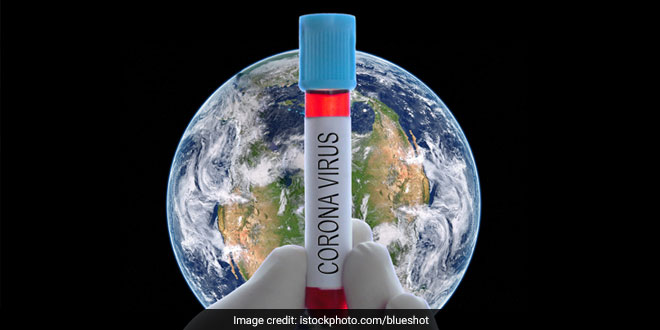 New Delhi: New Coronavirus patients with mild symptoms are most contagious and have the highest virus shedding in early infection days and become less infectious as the disease begins to weaken, according to a new study. The research, posted on preprint database medRxiv, hints that several people are most infectious when exhibiting only cold-like symptoms, reports LiveScience.

You don’t have to be seriously ill to pass the virus on to other people, Dr Clemens Martin Wendtner, the study’s co-author, was quoted as saying. Based on the present findings, early discharge with ensuing home isolation could be chosen for patients who are beyond Day 10 of symptoms, provided that swab samples from their throat contain fewer than 100,000 copies of viral genetic material per millilitre, the authors wrote.

The researchers conducted their analysis by taking swabs from the patients’ noses and throats, also examining their blood, urine, stool and sputum, a mixture of saliva and mucus that builds up in the respiratory tract during infection.

They tracked the rise and fall of the virus over time and found that they could grow virus from the throat, nose and sputum samples gathered early in the course of illness, but after Day 8, samples taken from patients with mild cases did not yield any viral growth.

Apart from one patient, all cases were first tested when symptoms were still mild or in the prodromal stage, a period in which most patients would present once there is a general awareness of a circulating pandemic disease, said the study.

Those patients became less infectious later. Despite their improvement, they still tested “positive” for the virus. This is in stark contrast to SARS. In SARS, it took 7 to 10 days after onset until peak virus load was reached.

In the present study, peak virus load were reached before day 5, and were more than 1,000 times higher.

The authors noted that since the new study is based on a select number of relatively mild cases, more research is needed to determine how stool might contribute to COVID-19 transmission.

Based on the present findings, early discharge with ensuing home isolation could be chosen for patients who are beyond day 10 of symptoms with less than 100,000 viral RNA copies per ml of sputum. Both criteria predict that there is little residual risk of infectivity, based on cell culture, the authors noted.

Coronavirus Attaches To Receptor On Respiratory Cells And Hijack Them To Produce More Viruses: Study