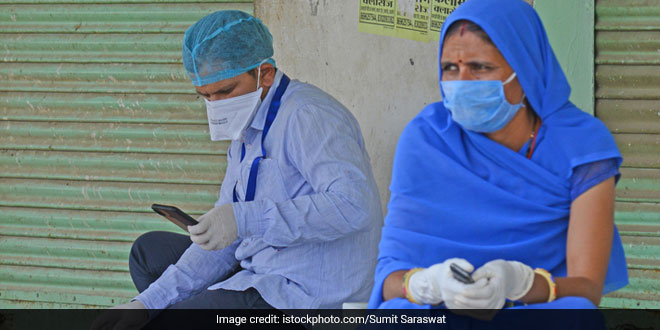 New Delhi: Coronavirus cases in Madhya Pradesh (MP) were not reported until March 20, when the first four cases were confirmed in Jabalpur. Three days later, on March 23, the state saw a political crisis which led to the then Chief Minister Kamal Nath’s resignation and ex-Chief Minister Shivraj Singh Chauhan of BJP returning as the Chief Minister. Some experts believe that this political turmoil could have slowed down the state’s response to the pandemic. After the first four cases were reported, MP saw a spike in the number of cases, which as of June 22, stand at 13,861 cases out of which 2,625 cases remain active. 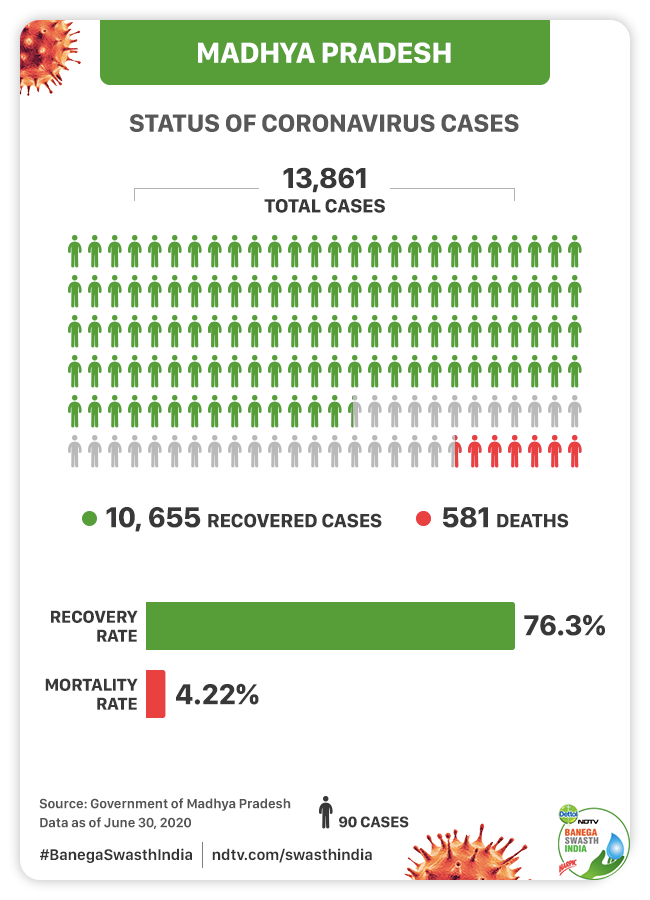 Madhya Pradesh has recorded 10,655 recoveries and 581 deaths, according to the government data on June 30

The state has further recorded 10,655 recoveries and 581 deaths, according to the government data. An official from the state’s Health Department elaborated on the numbers and the worst affected cities, said,

While most areas of MP fall under the green zone, there are three major hotspots where we are focusing the most. The worst affected districts with COVID 19 are state’s financial hub Indore, state capital Bhopal and the holy town of Ujjain. We have a total of 1098 active containment areas in the state. 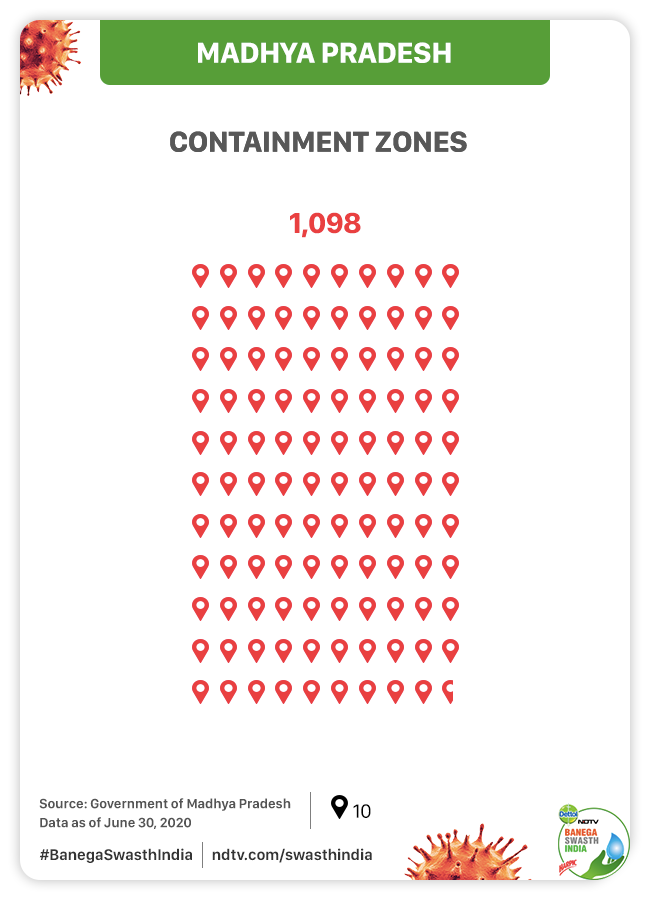 The worst affected districts with COVID 19 are state’s financial hub Indore, state capital Bhopal and the holy town of Ujjain

Status Of Testing In Madhya Pradesh

According to the data provided to NDTV by MP Health Department, the state has till date (June 22) conducted about 3,50,000 tests with an average of 5,000 tests per day. Furthermore, the MP’s testing rate is 2,471 tests per million population, and the confirmation rate stands at 5.3 per cent. This is below India’s testing rate, which stands at 3,615 tests per million population with a confirmation rate of 6.5 per cent. 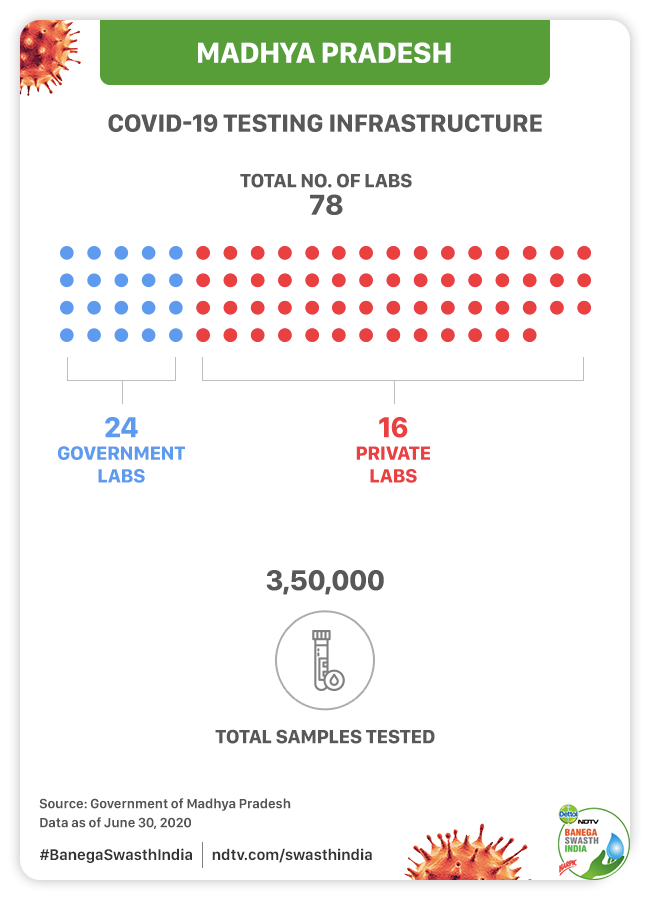 MP’s testing rate is 2,471 tests per million population, and the confirmation rate is 5.3 per cent

There are 78 COVID testing labs in MP, of which is the third highest in the country after Uttar Pradesh (109 labs) and Maharastra (98 labs). Of these 78 labs, around 20 are government labs while the rest are private facilities, Mr Suleman explained.

Also Read: A Group Of Good Samaritans In Madhya Pradesh Is Feeding, Providing Essentials To The Labourers Amid Covid-19 Lockdown

Mr Karan Jain, Director of a private testing lab in Indore, told NDTV that whoever wants to get tested by COVID-19 can come with a doctor referral and get tested. Mr Jain said,

We charge a fee of Rs 2,500 and are allowed to test people with some kind of referrals like doctors prescription or government referral. They can get their test results back in 24 hours, although we are working on making this duration shorter. All our employees wear Personal Protective Equipment (PPE) kits at all time to protect themselves. Everyday test rate is different and depends on the day for us but we have gone as much as 150 tests in 6 hours of our open hours. Patients who want Roget tested can sit in the waiting area with leaving one seat vacant to ensure social distance. We regularly test our employees too, for their own safety as well as other patients safety.

Status Of Quarantine In Madhya Pradesh

As of June 22, about 2000 people are in institutional quarantine in MP. Mr Suleman told NDTV that after the COVID testing, it is necessary to place the person in isolation, which can be at their homes.

If there is no arrangement of Isolation in an individual’s house, then he/she can avail the facilities at the COVID Care Center (CCC), Dedicated COVID Health Centre (DCHC) or Dedicated COVID Hospital (DCH), depending upon the nature of their symptoms. Asymptomatic or people with very mild symptoms can be at CCC, while those who have strong symptoms can isolate themselves at DCHC. On the other hand, if a patient has severe symptoms, he or she can be admitted to DCH, he said.

The government has provided a quarantine algorithm 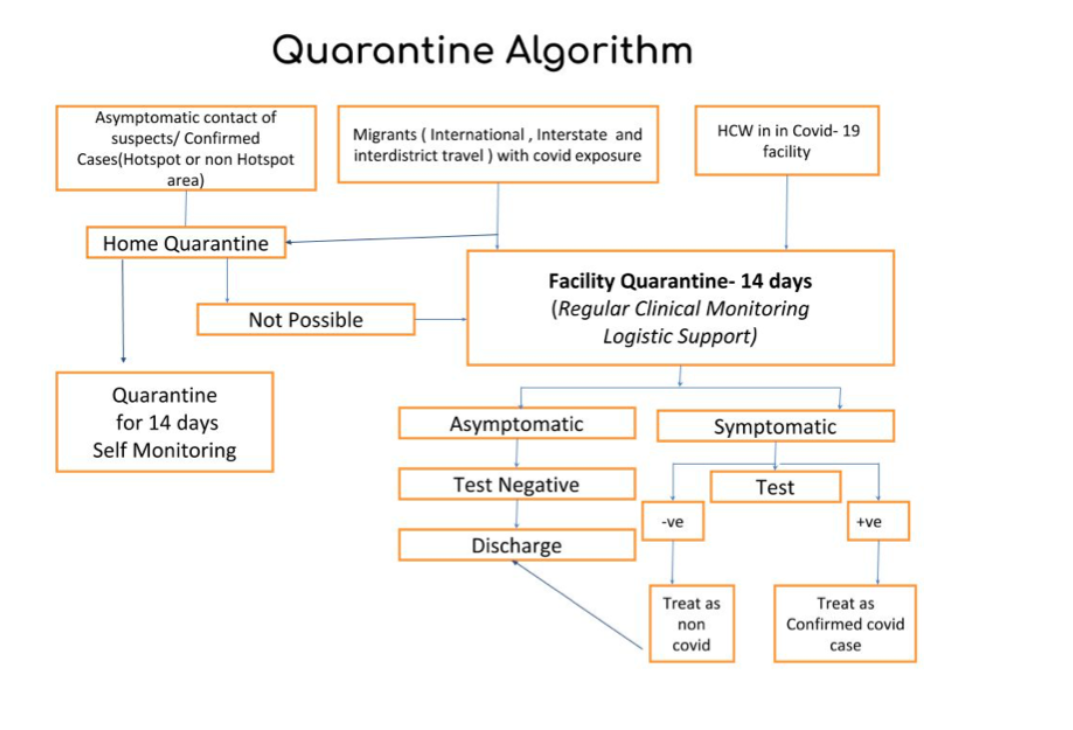 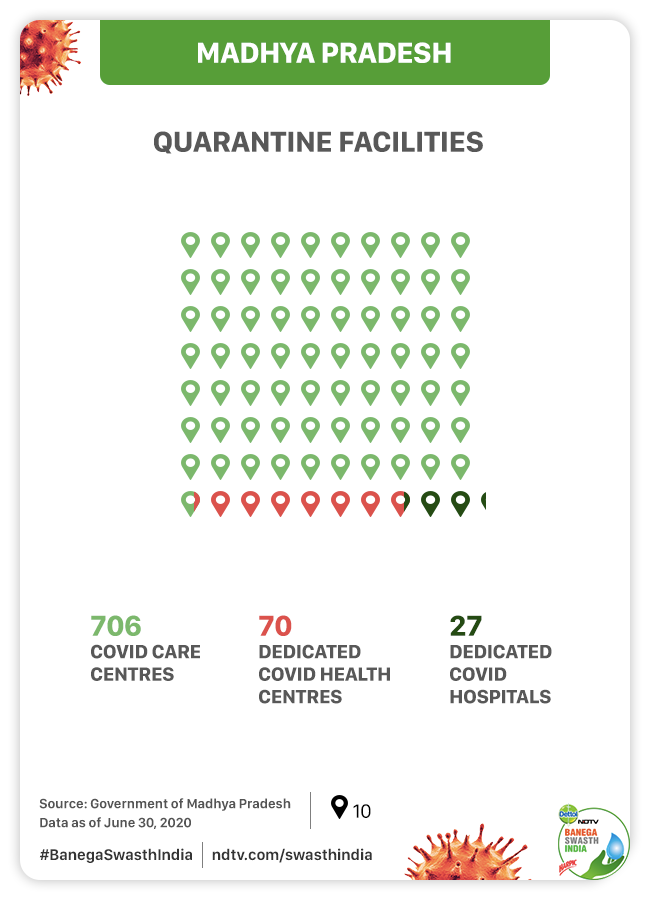 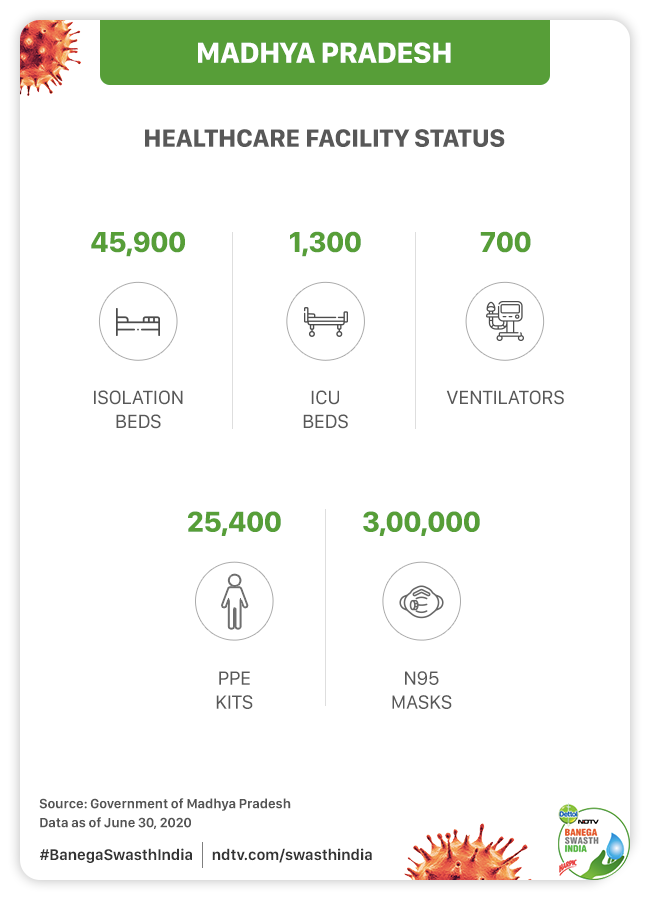 MP is manufacturing 12,000 PPE kits per day, as against its daily requirement of 10,000 kits: MP Government

MP is manufacturing 12,000 PPE kits per day, as against its daily requirement of 10,000 kits, the government official said.

Additionally, the state has roped in several self-help groups and prison cells, to manufacture about 5 lakh washable-cotton masks per day.

On June 22, The Chief Minister Shivraj Singh Chauhan announced that the recovery rate for corona patients in MP has reached 76.3 per cent, while that of the country is 55.8 per cent. The state health department official told NDTV that the doubling rate of the COVID-19 cases in MP is 50 days at present, as compared to 19.6 days of the national average.

The corona growth rate of the state is 1.40 while that of the country is 3.58. Madhya Pradesh is now ranked 13th in India in the Corona transition, Mr Suleman told NDTV.

NDTV also reached out to Dr Singh, a doctor working with the COVID wing of MGM Medical Hospital in Indore for his opinion on the state’s COVID response. He said,

There’s no surprise that the state’s response was delayed, due to the initial political instability. The testing was delayed due to this and situation got out of hand twice as fast. Initially, the situation could only be seen getting worse since the first case was reported, especially in Indore, Bhopal and Ujjain. Indore became the worst hit district of the state in no time. But one thing that as to be commended is people’s participation here. What works for Indore is that the administration and people are great at working together. So the administration imposed an extended lockdown and people followed. Though it remains as the worst hit district with most cases, recovery rate is immensely encouraging for the people. While most of the country is dealing with the crisis, Indore has realised a way out is possible and they’re following that.

When it comes to Bhopal and Ujjain, Dr  Singh said that while the cases here are less than Indore, people are vigilant and the government is aware of what is to be done. He said,

In these places, luckily, the government knows the protocols, people know the efforts and doctors are doing their job. The state has shown a recovery rate of 76.3 per cent, which is an exceptionally good number, and this wouldn’t be possible without the cooperation between all the stakeholders involved.

Dr Singh further said that the senior government officials need to keep an eye on smaller districts to ensure there’s no gap between people’s participation as well as health infrastructure. Dr Singh also stressed on the need to pay special attention to contact tracing, and he noted some districts that need attention to ensure the infection remain under control, he said,

I think the district of Neemuch needs urgent attention, especially in Javad. It is the fourth hit district after Ujjain with 427 total cases, and 34 active ones. Elite the 386 people recovering in the district we need to ensure the number of cases don’t go up as in the last 24 hours 11 new cases were found here. The government should increase surveillance, ramp up testing infrastructure and test each suspected case. The pace of transition of the corona in the state is steadily slowing down, now we have to end it completely. We need to increase the recovery rate as well, he signed off.

One-Third Of India’s COVID-19 Cases Are In Maharashtra, Here’s How The State Is Dealing With The Pandemic

Coronavirus Prevention: In Madhya Pradesh’s Bhopal, It’s Yamraj To The Rescue To Get People To Mask Up