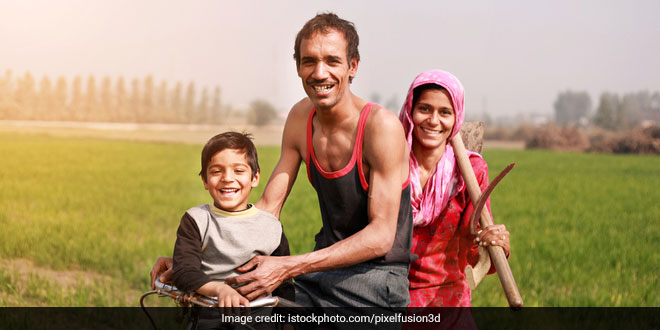 New Delhi: The heart of India, Madhya Pradesh is the second-largest state of the country with the fifth largest population of over 7.2 crore people, according to Census 2011. When it comes to health indicators of the state, government-run think tank, Niti Aayog released a health index report in 2018 and ranked Madhya Pradesh at 18 out of the 21 large states. The report in question is titled ‘Healthy States Progressive India’, and has rated Madhya Pradesh dismally for two consecutive years now, as it was ranked 17th in the previous edition.

Madhya Pradesh, with its tottering health parameters, joins the league of six least-performing states — Uttar Pradesh, Bihar, Odisha, Uttarakhand and Rajasthan, that have also recorded a decline in overall performance scores. The performance for the report was based on 23 health indicators like infant mortality rate, under-five mortality rate, stunting, mental health/ illnesses, among others.

Here’s a look at Swasth Report of Madhya Pradesh and its performance on health parameters: 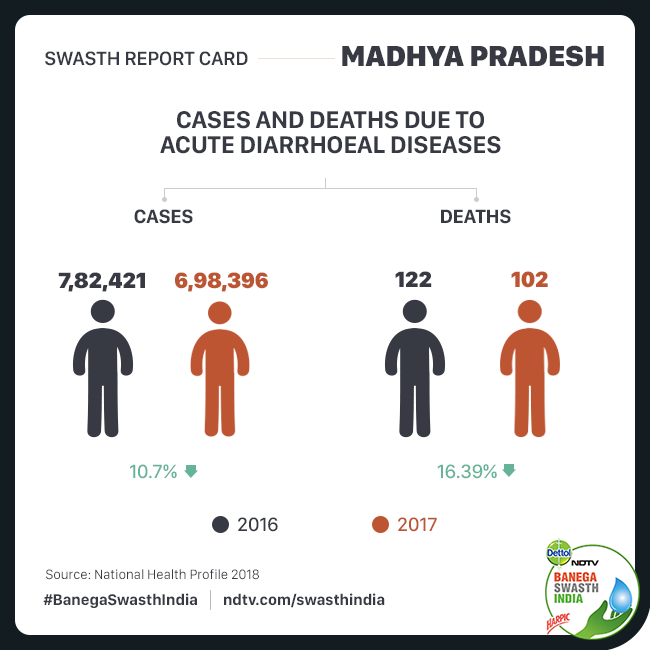 Cases of Diarrhoea and Diarrhoeal deaths in Madhya Pradesh

Swasth Report Of Haryana: The State Lags Behind Despite A Drop In Malnutrition, As Anaemia And Diarrhoea Cases Rise