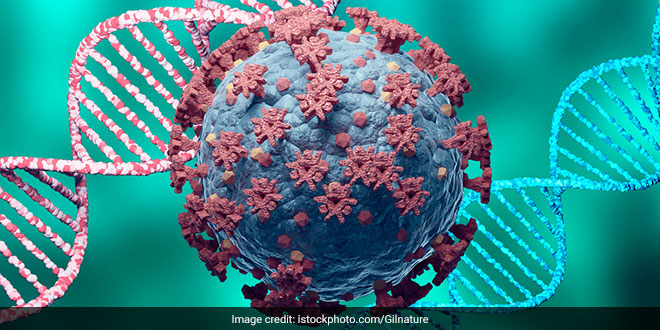 Thane: The patient, a 33-year-old marine engineer from Kalyan Dombivli municipal area, had arrived at the Delhi airport from South Africa via Dubai in the last week of November. He had boarded the flight from South Africa on November 24. On his arrival at the New Delhi airport his RT-PCR test was conducted. By the time he landed in Mumbai, he was informed by the Delhi airport authorities that he has tested positive for COVID-19. The Maharashtra health authorities had then sent his swab samples for genome sequencing and the test report later confirmed that he was carrying the Omicron strain.

The man had joined his duty on a private ship in April this year and was on high seas since then. He has not yet taken any vaccine against COVID-19, officials said. He had been admitted to a COVID Care Centre in Kalyan town, from where he was discharged at 6 pm on Wednesday, commissioner of the Kalyan Dombivli Municipal Corporation (KDMC) Dr Vijay Suryavanshi told reporters.

He was discharged as he tested negative for the infection. As per the standard protocol, his two RT-PCR tests were conducted and both came out negative. He is perfectly all right now and there are no symptoms, he said, but he has been advised seven-day home isolation.

Incidentally, it was his birthday today, the commissioner added. The state has so far reported 10 cases of the Omicron variant. According to the Centre, the countries designated as at-risk are European countries, including the UK, and South Africa, Brazil, Botswana, China, Mauritius, New Zealand, Zimbabwe, Singapore, Hong Kong and Israel.

Also Read: Omicron Could Be Milder Than Delta, Says WHO Chief

COVID-19 Pandemic Pushed Over Half A Billion Into Extreme Poverty: UN Report