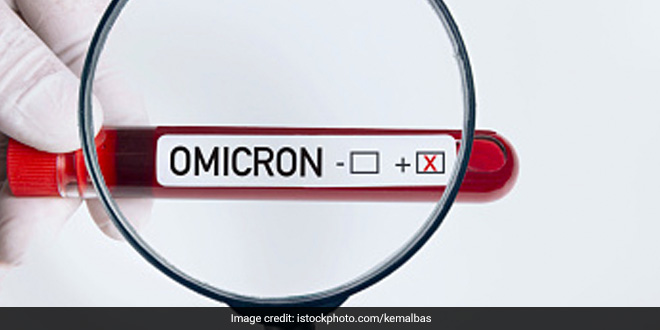 WHO says that it is highly unlikely, Omicron will be able to evade vaccine protection fully

New Delhi: In a new update, World Health Organization official speaking to a leading news agency AFP said that Omicron does not appear to cause more severe disease than previous Covid variants, and is “highly unlikely” to fully dodge vaccine protections. The WHO official also said that a lot remained to be learned about the new, heavily mutated variant of Covid-19, but preliminary data indicated it did not make people sicker than Delta and other strains.

Also Read: How Big Is The Threat Of The Omicron Variant Of Coronavirus?

It’s very early days, we have to be very careful how we interpret that signal. We have highly effective vaccines that have proved effective against all the variants so far, in terms of severe disease and hospitalisation. So, there’s no reason to expect that it wouldn’t be so for Omicron.

Mr Ryan acknowledged that it is possible that the existing vaccines might prove less effective against Omicron, but said,

It is highly unlikely, it would be able to evade vaccine protections altogether. We have to confirm if there’s any lapse in that protection, but I would expect to see some protection there.

Highlighting the importance of vaccines to fight COVID-19, he further added, “the best weapon we have right now is to get vaccinated.”

To understand Omicron further, NDTV also speaks with Dr Ashish Jha, Dean, Brown University, School of Public Health. Talking about the variant in general and the concerns, he said,

I am a bit concernED when it comes to this variant. The good news is that there is some early data suggests that the disease is milder than Delta. However, the data suggestS that this variant is very contagious, even more contagious than Delta, so the worry is if we will see a very large wave of Omicron induced infections across the world or not. If this is the case, then even if it is mild, we will see a lot of people getting infected.

Urging people to be careful and keep following all precautions no matter what, he further added,

There are many things that we still don’t know about this variant, so best is to take all the necessary precautions. We don’t know if this is mild for elderly people or people with some sort of infections or who are immune compromised. Most of the people who we have identified are younger and much healthier. We don’t really know how Omicron works with the rest of the population and these are the critical issues we need to sort out. Lastly, even if it is half deadly as Delta that still means many people will get hospitalised, so we still need to be prepared. It is not likely that it will completely have no negative effects at all.

Talking about vaccines and how efficacious they will be against the new variant, Dr Jha added, “The early data does indicate that Omicron variant can breakthrough immunity. It doesn’t mean that you will get full blown kind of COVID, but it does mean that the chances of getting infected are much higher.”

According to World Health Organization, Omicron has been found in 57 countries around the world but no death has been reported from anywhere. In India, 25 cases of Omicron have been reported so far, according to the official data. Worldwide, there are more than 1,300 Omicron patients, some 50 per cent of these cases are in South Africa and the UK.

How Big Is The Threat Of The Omicron Variant Of Coronavirus?