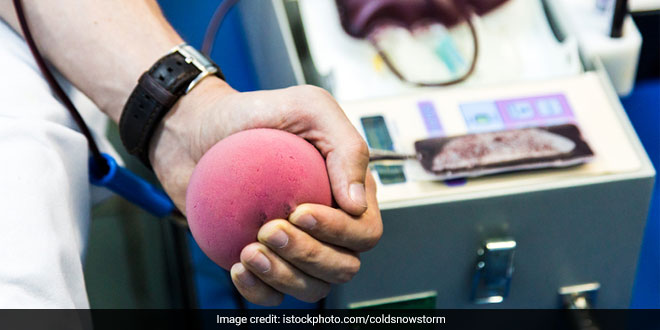 New Delhi: The response to a call for donating convalescent plasma for COVID-19 patients in Delhi has been “lukewarm”, doctors said on Friday and attributed it to unfounded apprehensions about associated health risks and the tendency to put off donation for any future need of family members. Just about 320 people have donated plasma in Delhi since the initiative began on July 2, whereas more than 1,00,000 COVID-19 patients have recovered till July 23, according to officials.

Chief Minister Arvind Kejriwal on Thursday said the government would provide plasma for free and people do not need to buy or sell it. The chief minister and other senior members of the government have repeatedly appealed to people, who have recovered from COVID-19, to donate plasma to other patients. But the response to the calls has been muted at the first-of-its-kind ‘plasma bank’, inaugurated by Mr. Kejriwal at ILBS here on July 2, and another one opened a week ago at LNJP Hospital, a dedicated coronavirus facility. A senior official of the facility told PTI,

At ILBS, while on the opening day, 10 donors had come, mostly the hospital staff who had earlier been infected with COVID-19, now the daily average is about 15, which makes it around 300 donations in total till date, a rather lukewarm response.

This is despite the fact that to-and-fro transportation facilities and food are provided to the donors at the Institute of Liver and Biliary Science (ILBS). The official, also a doctor, said,

The main reason behind this low response…is that people are still feeling apprehensive even though there is no risk involved.

So, effectively, we are left with 19 donations which is not a very encouraging number, and some of which have been used already. But it is heartening that young people, mostly in the age group of 20-40, are donating their plasma.

He said, once two young sisters in their 20s, both of whom had been admitted at LNJP Hospital and recovered from COVID-19, had come to donate plasma, but their haemoglobin level was found below average limit, so they could not. Both ILBS and LNJP Hospital are under the Delhi government. Asked why such a low response despite the chief minister and his colleagues urging people to donate plasma, Dr Kumar said there seem to be multiple factors. He said,

Though there are no side effects as such, but still many have apprehensions that something will happen if they donate plasma. Secondly, many COVID patients who have recovered, are apparently putting off donation so that they can offer it to their family members, in case they get infected, and the fear of near and dear ones getting infected is very palpable.

A staffer at the LNJP plasma bank, on the condition of anonymity, said that mostly LNJP Hospital staff members who had recovered from COVID-19 were coming to donate plasma in earlier days. At present, out of the 430 admitted patients there, 90 are in ICU and four on ventilator, the medical director said. As per the last approval by authorities, the LNJP Hospital was permitted to do plasma therapy on 200 COVID-19 patients. “Only 60 patients have received plasma out of the allotted lot,” he said.

Dr Kumar and the ILBS official appealed to people to come forward and donate, and allayed all apprehensions associated with convalescent plasma (COPLA) donation. For donors, there are some strict criteria and counselling and screening is done for them before actual donation process begins, so, about two to two-and-a-half hours is the total time per donor. A senior doctor at the ILBS said,

Also, we do TTI (Transfusion Transmissible Infections) tests. So, the donor should not have HIV, hepatitis B or C, syphilis among other ailments. The donor also should not have any co-morbidities like diabetes, hyper tension or renal problems.

Each donor, a person who has recently recovered from COVID-19, develops antibodies, which is transferred to the recipient through plasma. Dr Kumar said,

People aged 18-60, who have fully recovered from COVID-19 and showed no symptoms for 14 days can go for donation, subject to strict guidelines for eligible donors. And, someone weighing less than 50 kg; women who have ever been pregnant, cancer survivors, and those with kidney, heart, lung or liver diseases are not eligible to donate plasma.

Delhi recorded 1,041 fresh coronavirus cases on Thursday, taking the tally in the city to over 1.27 lakh, while the death toll from the disease rose to 3,745, authorities said. The active cases tally on Thursday was 14,554, down from 14,954 the previous day. According to a bulletin, 1,09,065 patients have recovered, been discharged or migrated till July 23. Dr Kumar said that when he takes a round in wards and ICU, “some patients, who are serious, and their relatives, ask us as to when will be they be getting plasma.” “People must show large-heartedness and help others,” he added.