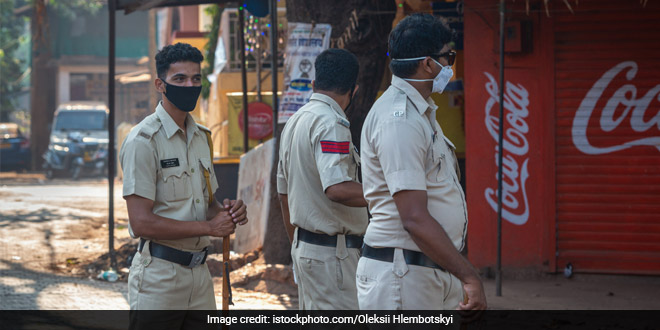 New Delhi: Delhi registered its single biggest day spike by adding over 400 new cases on May 1. This came in within hours of chief minister Arvind Kejriwal announced opening up the capital and easing certain lockdown restrictions.  But before the weekend surge in the number of COVID-19 cases and the decision to ease restrictions, the state government had shared a plan to up its surveillance measures. A series of steps will be undertaken in hotspots zones, areas which have many coronavirus positive cases and are categorised as red, where no relaxations will be allowed and lockdown is is to be adhered to strictly under police surveillance. the government said that in the hotspots, instead of once, the screening of all residents will be done thrice in 14 days in a bid to contain the spread of the highly contagious virus.

Earlier, when the central government had issued guidelines specifying red, orange and green zones, Delhi government had said that they will test every person within the red hotspot zones with Rapid Test Kits and take an RT-PCR test if they prove positive. But with the Chinese Rapid Test Kits proving inaccurate, the Delhi government has been doing a door-to-door survey, where one person of each household is asked if anyone is exhibiting COVID-19 symptoms. If there is an affirmative response then tests are being carried out.

But even after such steps, the government found the surge in the number of coronavirus cases, they have now decided to screen all residents thrice in 14 days.

New Delhi currently has 98 containment zones (as defined by the ministry of health and family welfare, containment areas are those places within the orange and red zone which are severely affected by the virus) of which, 11 have a population of over one lakh.

Apart from this, the Delhi Government has given the order to carry regular deep sanitisation exercises in all the hotspots areas. Recently, when, Azadpur Mandi, Asia’s largest wholesale market, became Delhi’s hotspot area, the government also installed two sanitisation tunnels at the gates of Azadpur Mandi, as a preventive measure.

Along with this, the government along with Delhi Police have placed ‘scarecrows’ with the message of ‘stay home’ at several places in Chandni Mahal area, in Chandni Chowk, to spread awareness about the need to adhere to the lockdown restrictions.

According to the order issued by Chief Secretary Vijay Dev, every person living in containment zones will also be encouraged to download the government’s “Aarogya Setu” app, a key tool meant to contact trace and alert those to quarantine themselves in case they come in contact with a COVID-19 infected person.

Moreover, the order said, “A database of senior citizens and the persons having co-morbid conditions may be properly maintained for close monitoring and surveillance. And if screening in any containment zone has not been conducted yet, it will be done within the next three days.”