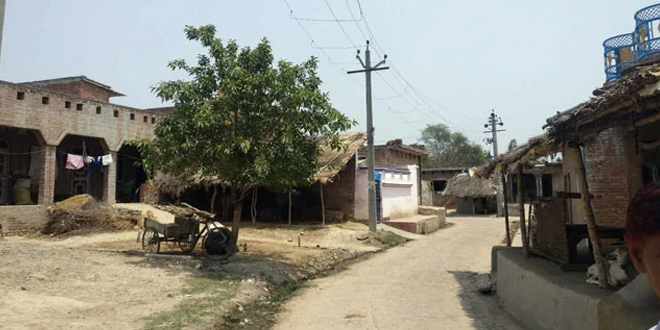 New Delhi: Hopes that India’s rampaging second wave of COVID-19 is peaking were set back on Thursday (May 6) as record daily infections and deaths were reported and as the virus spread from cities to villages that were poorly equipped to cope. Government modelling had forecast a peak by Wednesday in infections that have overwhelmed the healthcare system, with hospitals running out of beds and medical oxygen.

“This temporarily halts speculations of a peak,” Rijo M John, a professor at the Indian Institute of Management in the southern state of Kerala, said on Twitter.

While the capital New Delhi and several other cities have been hardest hit so far, limited public healthcare, including a dearth of testing facilities, means the threat is grave in rural areas that are home to nearly 70 per cent of the 1.3 billion population.

In the town of Susner in Madhya Pradesh state, patients were being treated outdoors under trees, on blankets on the ground.

Such a waiver would make vaccines more widely available, although it could take months for the World Trade Organization to hammer out any deal.

While India is the world’s biggest vaccine maker, it is struggling to produce enough doses. Its two current vaccine producers will take two months or more to boost monthly output to more than 110 million doses from 70 million-80 million.

At a meeting with his top officials on Thursday, PM Modi stressed that Indian states must keep up vaccination rates and that healthcare workers involved in the inoculation campaign must not be diverted to other tasks, the government said.

Although the country has administered at least 157 million vaccine doses, its rate of inoculation has fallen sharply in recent days.

Pm Modi has been widely criticized for not acting sooner to suppress the second wave, after religious festivals and political rallies drew tens of thousands of people in recent weeks and became “super spreader” events.

Several Indian states have imposed various levels of social restrictions to try to stem infections, but the federal government has resisted imposing a national lockdown.

The southern state of Kerala announced on Thursday it will impose nine days of curbs on movement from Saturday.

In the office of a Hindu crematorium in Delhi, the floor and shelves were overflowing with earthen pots, plastic packets and steel containers filled with the ashes of people who have died from COVID-19.

Practising Hindus collect the ashes of the dead a few days after the funeral for immersion in a river or sea, one of the rituals that they believe lead to salvation of the soul.

Our lockers are full. We cannot store any more ashes. We used to get around 40 COVID-19 bodies a day. We are now telling relatives to take the ashes with them on the same day, Pankaj Sharma, a manager at the crematorium, told Reuters.

With Delhi running short of ambulances, authorities have teamed up with a non-profit organisation to turn some of the city’s ubiquitous three-wheeled autorickshaws into makeshift ambulances for COVID-19 patients.

The International Monetary Fund said on Thursday the jump in cases posed downside risks to the Fund’s April forecast for 12.5 per cent growth in India’s economic output in fiscal years 2021 and 2022.

The IMF will revisit that forecast when it issues a fresh World Economic Outlook in July, IMF spokesman Gerry Rice told reporters at a regular briefing. He gave no further details.

It’s very easy to say today that we should have put in more money. Now that I am in government…, I can say it is not as easy as it sounds, Mr. Jaishankar said on Wednesday.