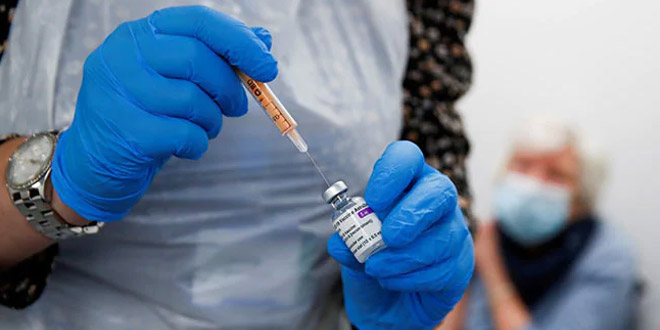 New Delhi: The COVID-19 pandemic continues to pose a burden on public health systems worldwide. To fight the outbreak that has caused death of over 24.29 lakh people across the globe, researchers have been working at a break-neck speed to rollout effective vaccines against the novel coronavirus to get the world out of this unprecedented situation. As scientists and pharmaceutical companies develop vaccines, they aim to achieve a vaccine that is effective and safe. To achieve this goal, they conduct clinical trials during which half of the volunteers participating in the trial are randomly selected and given the experimental vaccine and the other half is given a placebo vaccine. The results on efficacy and side-effects obtained from both groups are compared to see whether or not the experimental vaccine is effective. NDTV spoke with experts Dr Aviral Roy, Consultant Critical Care, Medica Superspecialty Hospital in Kolkata and Dr K K Aggarwal, President of the Confederation of Medical Association of Asia and Oceania (CMAAO) and Former President, Indian Medical Association (IMA) to learn about ‘Placebo’ and why these are used in clinical trials.

What Is A Placebo?

According to the experts, a placebo is a harmless inactive substance that looks like the medicine or the vaccine that is being tested. It can be an inert tablet like a sugar pill or inert injection made of saline solution. Dr Aggarwal explained that placebos are designed to have no therapeutic value and have been used for decades in clinical trials.

How Are Placebos Used?

When a new drug is being tested, one group (called as test group) of the people who volunteered for the trial will be given that medicine/vaccine while the other group (called as placebo group) would be offered a placebo, said Dr Roy. He added that all the other conditions related to trial are kept the same from both groups and none of the individuals in the sample is told if they have received the real drug or the placebo. This is called as ‘blinding’ and it helps removing the risk of volunteers acting differently on the basis of what they have received which may tamper the outcomes of the study.

Why Is It Used In Vaccine Trials?

Placebo is used in vaccine trials because comparing results from the two groups- test group and placebo group- suggests whether changes in the test group have resulted from the vaccines or just by chance, said Dr Roy. He added that placebo-controlled trials are regarded as a standard method for testing the efficacy of new drugs and treatments.

Dr Roy explained that many volunteers are being given a placebo during the human trials (or clinical trials) of COVID-19 vaccine candidates. He said that if actual vaccines are given to all the volunteers, the side-effect and long-term outcomes will not be known properly. He said,

True vaccine is given to the individuals who received placebo only after the tests are over and the findings are obtained. While this may feel as unethical, it should be noted that people participate in clinical trials voluntarily with altruistic motives of helping in developing a new drug, vaccine or treatment. They are made aware of the fact that they might be offered placebo at the time of signing up for the trial itself.

Also Read: Pace Of COVID-19 Vaccination Has Been Kept Slow Intentionally To Iron Out Glitches: Indian Council Of Medical Research

Placebos Are Inert But May Still Have Some Effect On The Receiver: Experts

While placebos may not have any effect on the disease, it does have a psychological effect on the receiver, said Dr Aggarwal. He explained that the receiver thinks that they have received the real vaccine or drug and because of their faith in the experimental medicine, they perceive an improvement in their condition which sometimes translate into an effect on their body as well. This is called as ‘Placebo Effect’, he said. Dr Aggarwal added,

We use placebo many times in the real treatment as well. ‘Faith’ is a significant emotion that has an effect not only on a person’s mind and actions but also on their body because the mind releases such hormones that change a person’s physical condition. While treating critical patients we often tell them in a reassuring manner that they have become better and will be discharged from the hospital soon. This is a placebo therapy only and it actually helps in speedy recovery of the patient because if they believe that they will get alright soon, half the battle is already won, because positive thoughts will increase their will power which will, in turn, have a positive impact on their body. The multi-vitamins that we subscribe to patients along with the medicine is another example of using placebo in treatments. Taking multi-vitamins helps patients build faith in their own body and immune system to fight the disease.

Also Read: COVID-19 Explained: Will The COVID-19 Vaccine Be Effective Against The Latest Coronavirus Variant?