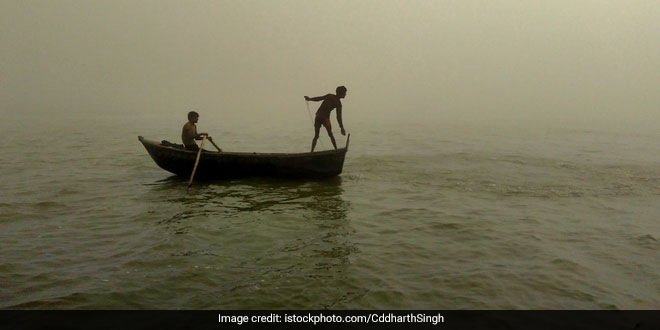 New Delhi: Irked by high-level of industrial waste in the Ganga in the Kanpur-Fatehpur stretch, the CPCB has pulled up Uttar Pradesh authorities for not complying with its directions and asked them to take pollution control measures in a time-bound manner. In a notice, the Central Pollution Control Board (CPCB) directed the Uttar Pradesh Pollution Control Board (UPPCB) to coordinate with concerned authorities to ensure minimum environmental flow in the river system and submit an action taken report by June 15, while noting that the river in this stretch was not fit for bathing. CPCB chairman S P S Parihar said,

It is evident that the Ganga river is polluted in its stretch from Bithoor to Fatehpur due to discharge of sewage and industrial effluent directly or through drains and tributary river Pandu, discharge of untreated sewage from towns and industrial effluent from authorised and unauthorised industrial or processing units located in the Ganga catchment from Bithoor to Fatehpur are identified as the major potential sources of pollution.

He directed the authorities to take immediate necessary action to effectively control all polluting sources responsible for pollution in the Ganga river from Bithoor to Fatehpur stretch. The CPCB chief said in the letter to the UPPCB chairman,

In the interest of rejuvenation of the Ganga river and in exercise of the power conferred under the Water Act, you (UPPCB) are hereby directed to take appropriate measures for compliance and issuance of directions to concerned agencies and industrial units to ensure implementation of following pollution control measures in a time-bound manner and to submit action taken report along with defined timelines for improvement.

The central pollution body has directed the UPPCB to regularly monitor compliance of industrial units and common effluent treatment plants (CETPs) and ensure that no industrial unit, as well as CETPs, operate without complying with effluent discharge norms as notified under the Environment Rules, 1986.

It said, adding that action taken report shall be submitted by the UPPCB to the CPCB by June 15,

The UPPCB, along with district administration and municipal corporations, shall conduct surveys to prepare inventory of all industrial units operating without valid consent in cities/towns and take necessary action. It shall identify domestic drains and ensure that no industrial unit authorised/unauthorised discharge its effluent in domestic drain.

Referring to its findings from the weekly analysis reports between March and May this year, the CPCB said the river between this stretch was not meeting outdoor bathing criteria as there was high-level of faecal coliform, biochemical oxygen demand (BOD) and dissolved oxygen.