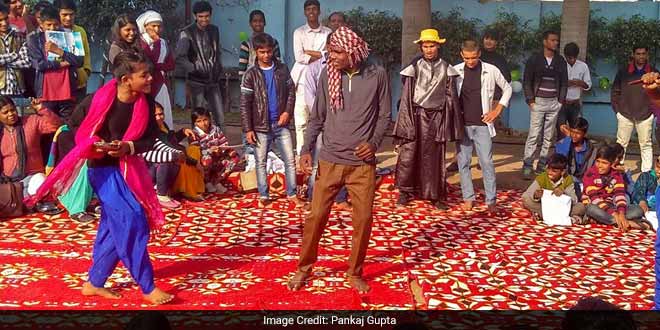 In Karnataka’s Kuntoji village, as the sun starts to set, the villagers start coming to the large village field in big groups. Brightly lit lanterns light up the venue as more people gather to watch what promises to be an evening of high entertainment. The actors are just getting ready to perform and are taking out their equipment from a van adorned with messages related to building of toilets and the ills of open defecation. For the next half hour, the villagers are treated to a play where characters discuss good sanitation practices, the advantages of owning a toilet and the overall importance of swachhta.

Koppal district, of which Kuntoji village is a part, had sanitation coverage of 25 per cent till 2014. The district officials found it difficult to convince people to build toilets as years of defecating in the open had become the preferred practice. It was then that they decided to approach local artisans and asked them to stage a play which dealt with the topics of open defecation and household toilets. The popularity of the skit was such that the district officials decided to conduct tours across the district with the troupe. The play has been staged in more than 1,000 villages across the district. The performance clearly had a positive impact as the district’s sanitation coverage has increased to 72.46 per cent in the last 3 years.

Many villages in India have a long tradition of performing artists spreading important messages by staging plays or singing. This tradition is a long one and has previously been used in campaigns related to family planning and pulse polio. Given the Swachh Bharat Abhiyan’s motto of ending open defecation across India, this is a great practice because performance artists connect with people on a deeper level, said Venkat Raja, Chief Executive Officer, Zilla Panchayat, Koppal.

Karnataka isn’t the first state to use performance artists and their services to spread the message of sanitation. The state government of Madhya Pradesh had requested Sanjana Singh, a 30-year-old transgender activist to use her singing and dancing skills to spread the message of sanitation across the villages of Bhopal. The traditional song and dance routine focused on the building of household toilets and encouraged more women to participate in toilet building. Sanjana’s song and dance routine became not only popular, but also resulted in more than 80 per cent toilets being built in 12 villages. 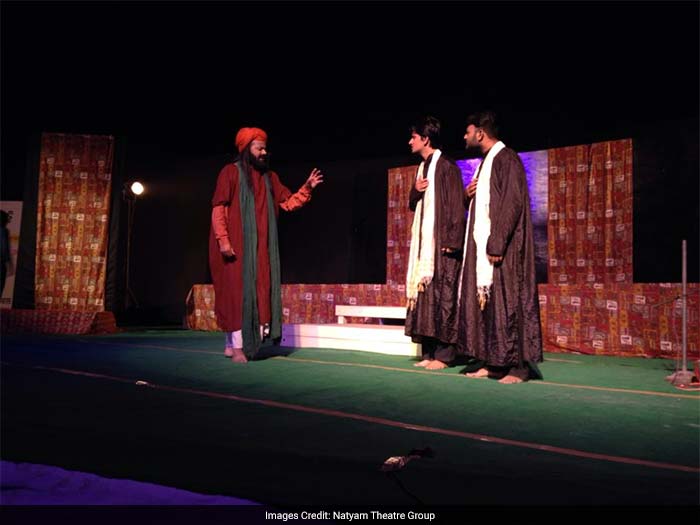 People listened to us with more attention than they listened to the district officials. Our visit was more unofficial as we chatted, played songs and danced, all this while we kept stressing on the importance of having toilets at homes. The unofficial nature of our campaign struck a chord with the locals, said Sanjana.

For performance arts based campaigns, the biggest advantage lies in connecting with the people in local dialects and taking forward messages in a simple and understandable manner. The language of plays or songs written by local artists is such that the audience immediately grasps the tone and the message, something that speeches or campaigns conducted by district officials often find difficult to do. The plays and songs often masked as satires on the practices of open defecation and waste disposal, hint at the ills of these practices in a subtle manner.

These performances are easy to relate with and we understand what they say. The plays and the songs are written simply and we get the message that they try to convey via these performances, said Jayanti from Rajpur village, South 24 Parganas, West Bengal, a district which is using performance artists frequently to spread popularise the Swachh Bharat campaign.

When the Goa State Urban Development Agency (GSUDA) organised a state-wide campaign to promote the Swachh Bharat Abhiyan, street plays formed a major part of the campaign. A 13-minute long street play focused on the issues of open defecation and urged people to end the practice. The performers gathered in public spaces like bus stops and markets to perform the play, which also stressed on door-to-door garbage collection. In two years since the launch of the Swachh campaign in 2014, Goa’s sanitation coverage has improved to 76.08 per cent from 60.72 per cent. 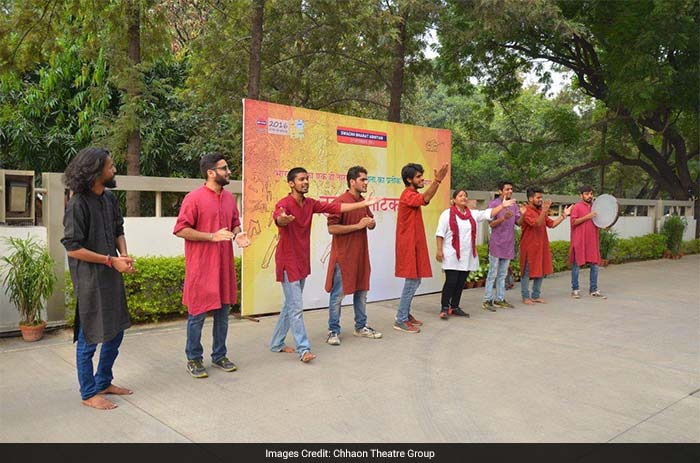 A street play being performed by Chhaon Theatre Group

For people residing in the rural areas, a message conveyed to them via a performance and in their local dialect is bound to be more effective than any other method, as they would feel a deeper connect. For the urban population, performances are more about creating a sudden and lasting impact. That is why public places are chosen as they are the best spot to capture public attention, said Shaminder Singh or Natyam Theatre Group, a Bathinda based performance arts collective.

Also Read: A 11-Year-Old Girl’s Fight For More Toilets In Her Village

Since the success of Swachh India campaign relies heavily on behavioural change among people, emphasis on performance based promotions may just be an effective route to take. These may help in creating a lasting effect on people as the impact of a performance is much stronger than poster campaigns or occasional advertisements. Afterall a live performance, and a good one at that, is able to draw the audience’s attention and stay with the audience for a longer time.

Untreated Sewage: Are Interceptor Sewage Lines Going To Save The Yamuna?