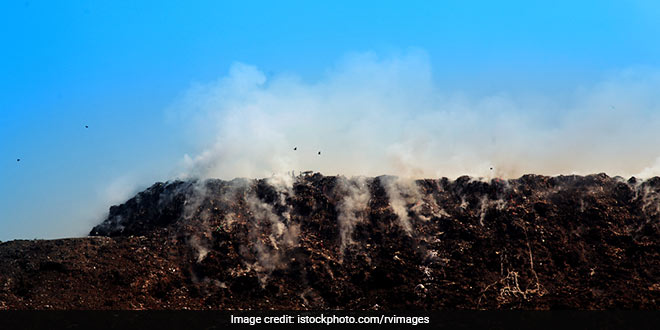 New Delhi: The Environment Pollution (Prevention and Control) Authority (EPCA) held an urgent meeting on Monday to instruct industries to stop burning plastic and rubber waste in the Narela and Bawana industrial belts. Most industries in this belt burnt waste in the open, which has escalated the level of toxic content in the air and could lead to serious health hazards. The meeting was attended by Delhi Pollution Control Committee, Municipal Corporation of Delhi (MCD) and Narela Industrial Estate representatives.

EPCA Chairman, Bhure Lal instructed the Narela Industrial Estate representatives to stop burning the plastic and rubber waste immediately and warned that any kind of violation will lead to a hefty fine and might also lead to prosecution.

The industries have sought ten days to clear the waste dumped on the roadsides. However, representatives of the industries also stated that they do not have a place to dump the waste as MCD is mandated to collect Municipal Solid Waste (MSW) only.

During the meeting, EPCA also suggested night patrolling as most of the waste in these industrial areas is dumped at night.

Even though stubble burning is considered as a major reason for air pollution, the burning of industrial waste is more life-threatening as it produces dioxins which damage the immune system, hormones and also cause cancer. The industrialists assured that no burning will take place until EPCA grants permission.

Two industries operating in this industrial belt have already been fined for dumping waste on the roads, one with Rs. 10 lakh and the other with Rs. 5 lakh.

The EPCA team headed by Bhure Lal visited Narela and Bawana Industrial belt on Saturday. The team will revisit the locations in the first week of November to check the progress. The EPCA is a Central Government constituted committee for the National Capital Region.

How Much Will You Pay For Pollution Caused: Top Court To Graphite India