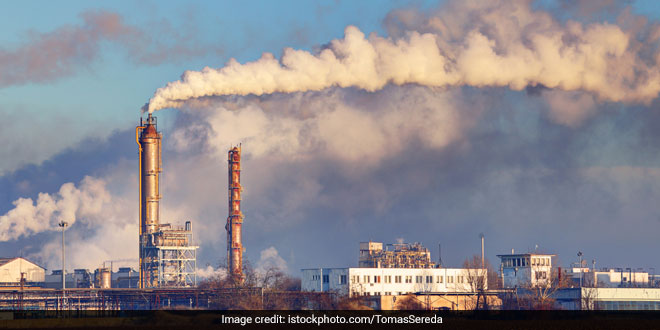 New Delhi: As Delhi’s air quality remained “very poor” and an emergency plan was being implemented, some experts have said one of the “serious” flaws in all anti-pollution measures is lack of focus on point sources, which create long-range pollution, and wondered how could public health be low on priority of governments. The experts said that while there are many announcements from the government to understand pollution forecasts and increase monitoring, the real question arises – what’s being done about the data in hand and the sources that continue to pollute Delhi and why are the national plans not being implemented on a war footing?

Delhi’s air quality remained in the “very poor” category for the second consecutive day Sunday, even as authorities warned that it might further deteriorate in the next couple of days. On Saturday, a haze engulfed the national capital and the worst air quality of this season was recorded with the air quality index (AQI) settling at 324. The Graded Response Action Plan (GRAP), under which a host of measures are taken to tackle air pollution, is being enforced in the national capital after air quality dipped to “very poor” category. An AQI between 0 and 50 is considered “good”, 51 and 100 “satisfactory”, 101 and 200 “moderate”, 201 and 300 “poor”, 301 and 400 “very poor”, and 401 and 500 “severe”.

One of the environmental experts maintained that the air pollution levels in Delhi-NCR have been in the very poor category in the past few weeks and while one has to wait for the season to end for the percentage increase or fall in the levels, it is fairly clear that “the air we are breathing is hazardous and unhealthy”.

There are national level plans that are still in their draft forms with massive gaps that reflect a lack of comprehensive, source-level action. The GRAP, though under implementation, now fails to deliver fully as it requires centre and state-level coordination to bring down the levels. Stubble burning and emissions from power plants continue to remain key regional sources that remain unaddressed, said Aishwarya Sudhir, Senior Researcher, Climate Trends.

Ms. Sudhir said the Chief Minister of Punjab has admitted that it is impossible to stop stubble burning this year too as the solutions haven’t reached the farmers yet. Ms. Sudhir said while that is at the regional level, the government’s own study by SAFAR released a week ago shows that in comparison to 2010, the emissions from vehicles and industries have gone up by 40 and 48 per cent respectively. This is a huge signal that Delhi has to address its pollution locally too.

The issue of vehicular emissions and merely having measures under GRAP to penalise private vehicles or hike parking fees will do no good as the parking areas have not been demarcated and the parking policy still remains in its draft form. While there are many announcements from the ministry to understand pollution forecasts and increase monitoring, the real question arises – what’s being done about the data in hand and the sources that continue to pollute Delhi? Why are the national plans not being implemented on a war footing? Ms. Sudhir said.

Experts at Greenpeace India said it is hard to understand how public health is so low in priority list for governments, as almost all air pollution plans are inadequate to solve the problem or never implemented on the ground. Biomass burning has started and it might continue for a few more weeks. It will add to the existing high levels of air pollution that comes from other sources throughout the year, Sunil Dahiya, Senior Clean Air Campaigner, Greenpeace India, said.

Other than certain exception like Badarpur coal power plants, one of the most polluting industries in Delhi, being shut down on October 15 and opening up of eastern peripheral highway, majority of sources of air pollution still exist in Delhi-NCR. There are close to 14 GW of coal power plants within 300Km of Delhi, which continues to influence Delhi’s pollution levels. Not focusing on point sources which create long range pollution is one of the serious flaws of all pollution plans, Mr. Dahiya said.

“Even the simplest ones like installing emission reduction for industries and coal power plants did not take off/start due to lack of political will. Even when we know that the cost of inaction impacts us today and has a bigger impact on future generations, the continued lack of apathy towards citizens continues in the country”, he said.

The Supreme Court-appointed the Environment Pollution (Prevention and Control) Authority on Friday held a meeting with NCR states and Delhi government officials to discuss the pollution situation in the national capital.