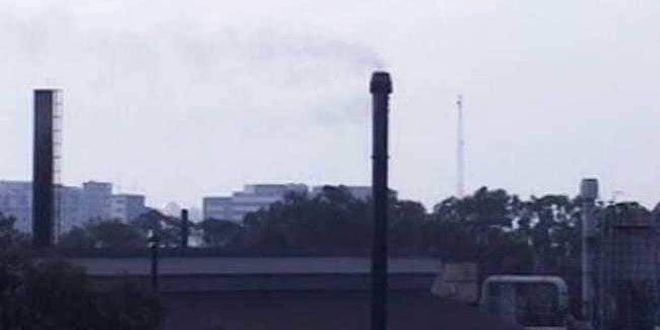 New Delhi: The Supreme Court on Tuesday asked Graphite India Ltd (GIL) how much it was willing to pay under the ‘polluter pays principle’ for its Bengaluru plant. The Supreme Court also pulled up the Karnataka State Pollution Control Board (KSPCB) for “doing nothing” to curb pollution in Bengaluru even as the city was grappling with the problem. “Have you been to Bengaluru? There is so much pollution there. What the Karnataka State Pollution Control Board is doing? You are just wasting Bengaluru city. You are doing nothing,” a bench of Justices Madan B Lokur and Deepak Gupta told the counsel appearing for the KSPCB. The bench asked senior advocate Shyam Divan, appearing for GIL, as to how much would they pay as per ‘polluter pays principle’.

Mr Divan, who said that GIL would “completely shut down” its Whitefield’s field in Bengaluru by November end, referred to the notice issued by the court asking them to explain as to why use of needle petroleum coke (pet coke) should not be stopped at its plant and said it was not a case of pollution. “There is a report of the EPCA (Environment Pollution Control Authority). We had issued a notice to you. Your stand today is that you are not causing pollution. So we will hear you,” the bench told Divan. The senior counsel said they do not want to fight with the Supreme Court of India. “Please call up the matter in November end or December first week. By that time, my plant will completely shut down,” he said.

To this, the bench said, “Our question is how much will you pay for the pollution caused. Our question was not about your closure.” Mr Divan said GIL has already filed a reply in the court on the issue of needle pet coke and he would take instructions on the query about how much they would pay as per ‘polluter pays principle’. The bench asked him to take instructions on this issue and posted the matter for hearing on October 29. GIL had earlier told the Supreme Court that it was not using imported needle pet coke at its Bengaluru plant, which is facing complaints about pollution and emission of black dust.

The court had on October 9 taken note of a report filed by the court-mandated EPCA which had said that GIL’s plant in Bengaluru was causing a huge amount of pollution and black dust in the area. The court had then issued a notice to GIL asking it to explain why the use of needle pet coke should not be stopped with immediate effect since it was “causing tremendous pollution and damage to the health of the community in Bengaluru”. In September, the Supreme Court had allowed the application of GIL seeking its permission to import needle pet coke to be used as feedstock for the manufacture of graphite electrodes, used in the steel industry. The court is hearing the issue related to pet coke which had cropped up while adjudicating a matter of air pollution in the Delhi-national capital region.