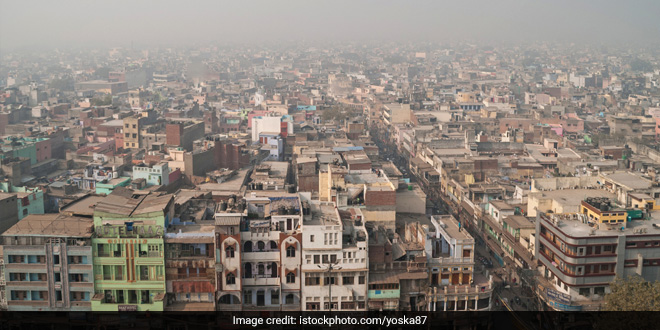 Meanwhile, Congress led by its city president Ajay Maken took out a protest march at Rajiv Chowk against the “inaction” by the Aam Aadmi Party, BJP-ruled central government and the municipal bodies in containing pollution in Delhi and “to awaken them from their deep slumber.”

Delhi’s overall air quality was in the ‘very poor’ category on Wednesday with four areas in the city recording ‘severe’ pollution due to low wind speed. On Thursday, the overall air quality index (AQI) was recorded at 273 which falls in the poor category, according to the data of the Central Pollution Control Board.

Thereafter, it is expected to remain in very poor category in the next two to three days. The wind speed was high last night which has declined but it is still moderately and hence favourable for dispersion, SAFAR said in a report.

Humidity in the city is high which is slightly unfavourable and stubble fire will have marginal impact, it said. The task force, also comprising members from the India Meteorological Department the Delhi Pollution Control Board and the Uttar Pradesh Pollution Control Board, met here to review the status of ambient air quality of the national capital.

In the meeting, the task force members were apprised about the level of air pollution in Delhi-NCR. The task force has made two recommendations.

First: Stricter implementation of actions already in force by public agencies, municipal bodies, Delhi Pollution Control Committee, traffic police and other agencies responsible under the Graded Response Action Plan, according to the minutes of the meeting.

And the second recommendation is banning industrial and construction and demolition activities in major hotspot areas when air quality levels reach severe category, it said. Some of the pollution hotspots (or vulnerable areas) identified are Wazirpur, Mundaka, Narela, Bawana and Anand Vihar. The recommendations have been made to the Supreme Court-appointed Environment Pollution Control Authority for consideration.

Authorities had earlier said they are mulling to use artificial rain to clear the toxic air but cloud seeding would require certain meteorological conditions which are currently not favourable.

Meanwhile, India Paryavaran Sahayak Foundation, an NGO, said in a statement it has launched an initiative to spread awareness and drive usage of in-field straw management practices among farmers to reduce stubble burning and air pollution caused due to crop residue burning.