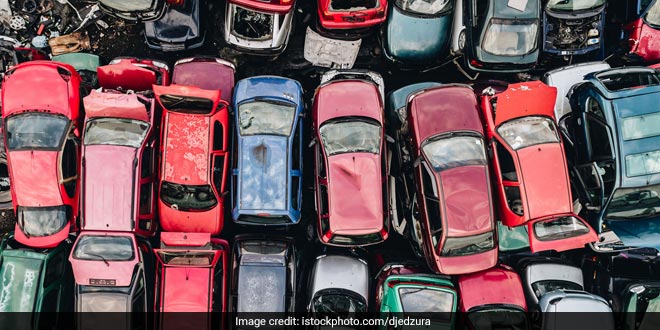 New Delhi: The issue of space crunch is hampering the Transport department’s efforts to seize diesel vehicles of 10 years and above that have been banned from plying on the city roads by the National Green Tribunal (NGT). The Transport department of the Delhi government has three pits for parking seized old vehicles that are currently overflowing and there is no room for more, a senior government official said.

The department has sought the court’s order on what to do with seized vehicles since the policy for scrapping them is yet to be notified by the Delhi government, the official said.

The Enforcement wing of the Transport department launched a drive last month to seize old diesel vehicles plying on the roads.

Around 200 vehicles have been seized so far. The drive is still going on but the problem of space is posing a serious challenge before us, he said.

Also Read: Air Pollution: Only .079 Per Cent Of Estimated 40 Lakh Banned Old Vehicles Impounded By Agencies In Delhi Since 2014

The scrapping policy of the Transport department has been readied but it is yet to be notified by the government, he said.

There are three pits in Sarai Kale Khan, Dwarka and Burari that are currently packed. There is no room for any more seized vehicles even as we have deregistered around 2.35 lakh more old diesel vehicles, the official said.

The Delhi government deregistered 4 million old vehicles to curb pollution in the national capital but the enforcement data showed a dismal picture with only 3,196 (.079 per cent) such vehicles impounded by agencies after they were banned by the NGT in 2014, an RTI reply by the Enforcement wing of the Transport department said.

Two different agencies – Traffic Police and Transport department – are responsible for enforcing the ban on 15-year-old petrol vehicles and 10-year-old diesel ones imposed by the National Green Tribunal in 2014. The ban was ratified by the Supreme Court.