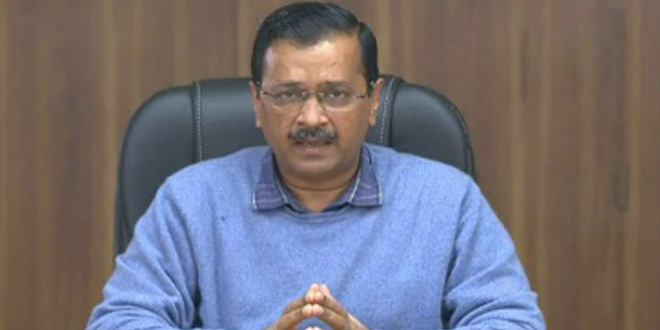 New Delhi: COVID-19 cases are rising fast in the national capital but there is no reason to worry, Delhi Chief Minister Arvind Kejriwal said on Friday emphasising that hospitalisation and death rates are quite low.He asked people to be responsible and assured them that the government has made all preparations and there are enough hospital beds.

There is no need to panic. Cases are rising fast and there is no two ways about it. The Omicron variant is quite transmissible and infectious, Mr Kejriwal told reporters on the sidelines of an event.

He was at Rajghat to flag off 100 low-floor AC CNG buses that will run from Ghumanhera depot in outer Delhi and will cater to rural areas.
The chief minister said that despite the rise in cases and the increase in positivity rate, which has crossed 29 per cent, the hospitalisation rate and deaths are quite low.

We have made all the preparations and there is no shortage of beds, he added.

Delhi Health Minister Satyendar Jain has been saying that the hospitalisation rate has become stagnant which is an indication that the current wave has plateaued. According to him, 75 per cent of the people who died due to coronavirus were unvaccinated and 90 per cent of the people had comorbidities.Delhi on Thursday reported 28,867 COVID-19 cases, the sharpest single-day spike since the beginning of the pandemic, and 31 deaths while the positivity rate went up to 29.21 per cent.

Why Is It Important To Keep Our Gut Healthy? Actor Taapsee Pannu & Nutritionist Munmun Ganeriwal Explain

People Should Not Take Omicron Lightly & Let Their Guard Down: Doctors