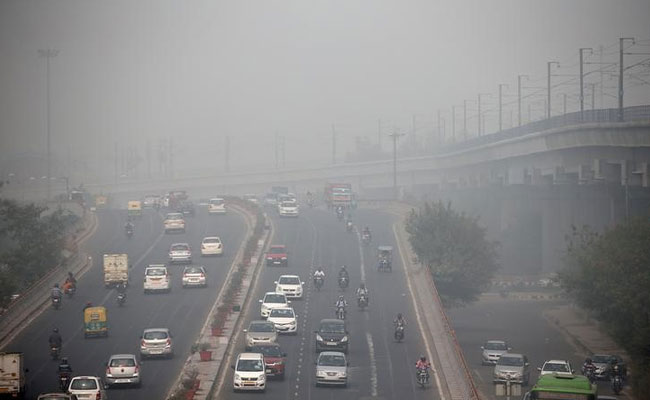 New Delhi: To bring down air pollution in the national capital, the Aam Aadmi Party government wants to use choppers for aerial water sprinkling in Delhi that should help settle the dust particles. According to Delhi Environment Minister Imran Hussain, aerial sprinkling is the only option to quickly combat rising PM 2.5 and PM 10 levels.

“Since we don’t have the technology for cloud seeding, helicopters are our only option,” he said. Mr Hussain though did not have a cost or logistical estimate.

“The centre will decide all that, they’ll calculate it and the Delhi government will pay,” said Mr Hussain.

Environmentalists are worried about what this lack of a blueprint may mean, and experts say the plan will be difficult to get off the ground.

Also Read: Delhi To Witness Poor Air Quality In Next Few Days, Stubble Burning Not The Cause

Delhi’s total area is almost 1500 square kilometres, the road network is almost 33,000 kilometres, and in a situation like that using helicopters to water bomb the entire city to mitigate dust when you actually have so many solutions already given by IIT and the Supreme Court, and there is no action that we’ve seen by the government on that, said Vimlendu Jha, an environmentalist and the founder of NGO Sweccha, adding “I look at this as passing the buck.”

Artificial rain is not a novel idea. Cloud seeding, where silver iodide and dry ice is used to cause rain, has been used by China, Indonesia and Malaysia to curb air pollution. An MIT study in 2015 found that rain water can attract pollutants through coagulation. However, if unfiltered, such water can cause secondary water pollution and infections.

“Aerial sprinkling is fine when it comes to disaster management which is localised,” said Dr Lalit Das, a former IIT Delhi professor and an expert in industrial design.

He pointed out that complex questions like how many litres of water is used, what areas are covered, and how much particulate matter each drop can carry will have to be addressed.

“With this kind of aerial sprinkling where will that water go, it’ll finally fall on the ground, then the particulate matter will come on the roads and again it will dry and go up,” said Mr Das. “It is just not a technically feasible solution.”

Over the past week, air quality in Delhi breached the “very poor” and “severe” mark after Diwali despite a ban on sale of fire crackers in and around Delhi by the Supreme Court.

A graded response plan, formalised after the court’s nudge last year, is already in place, effective from last week. This action plan enables the court-mandated pollution control body to order steps to be taken to check air pollution during winters including sprinkling of water on road stretches that generate large amount of dust and reducing motor vehicles on the capital’s roads.

With Over Five Crore Toilets And 70 Per Cent Sanitation Coverage In Rural Areas, Swachh Bharat Abhiyan Crosses Another Milestone

Delhi To Witness Poor Air Quality In Next Few Days, Stubble Burning Not The Cause