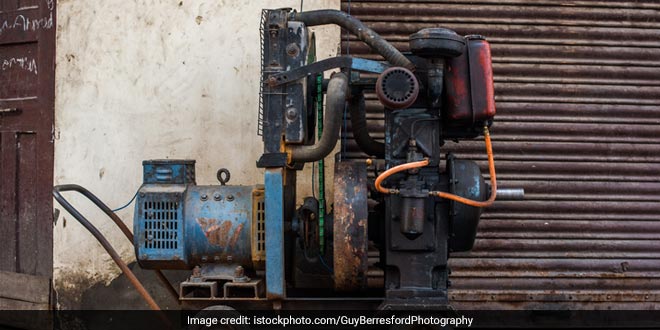 New Delhi: Delhi’s air quality, which has entered the red zone, may trigger an increase in the parking fee for vehicles by up to four times in the next few days. The measure, if required, will be enforced under the Graded Response Action Plan, under which a series of measures will be taken based on the severity of air pollution during the winter months. Measures under the ‘very poor’ and ‘severe’ categories of the plan came into force on October 17, under which the Badarpur thermal power plant has been closed and diesel generator (DG) sets have been banned in Delhi. In addition, stone crushers, hot mix plants (plant that is used in the manufacturing of coated road stones) brick kilns, which have not converted to a cleaner zig zag technology, will be shut down. Emphasis is to be given to maximize generation of power from existing natural gas based plants to reduce operation of coal based power plants in the NCR. As per the action plan, several measures will be taken till March 15 to avoid the ‘severe+’ category that the region had suffered over the last year.

Notably, the Graded Response Action Plan has been mandated by a Supreme Court order (dated December 2, 2016) and involves stringent measures against burning of waste, industrial pollution and transport sector emissions. And on January 2017, the Union Ministry of Environment notified this plan, which has been designed like a disaster alert system, directing governments to take tougher actions to control air pollution under various categories of the National Air Quality Index (AQI).

Parking fee may have to be hiked in Delhi, despite the fact that a parking policy is still being worked out, if air pollution aggravates further and in case it touches alarming proportions “cars will have to be off the roads, said Sunita Narain, member, Environment Pollution Control Authority (EPCA).

Difficult situations demand tough responses and solutions and the Delhi-NCR region is faced with a really difficult situation each winter when air pollution levels spiral out of control. The EPCA and all other agencies of the government are prepared to take those tough decisions which we believe will help clear the air, said Bhure Lal.

Chairpersons of Delhi Pollution Control Committee, State Pollution Control Boards of Haryana, Rajasthan, and Uttar Pradesh, along with Superintendent of Police and Deputy Commissioner of respective districts will ensure the effective implementation of the orders.

Delhi-NCR has a long way to go before it can stake a claim to a reasonably clean and breathable air. Measures like these are being taken by the government to ensure that pollution levels do not spike and that emergency measures are not required in Delhi NCR.

Notably, in an effort to check alarming pollution levels, the Supreme Court recently banned the sale of firecrackers in Delhi-NCR during Diwali. According to Environment Pollution Control Authority, in 2016, the Particulate Matter 10 micrometers (PM10) levels in Delhi remained over 500 during 66 percent of the days, while the permissible limit of PM10 is 100 micrograms per cubic metre.