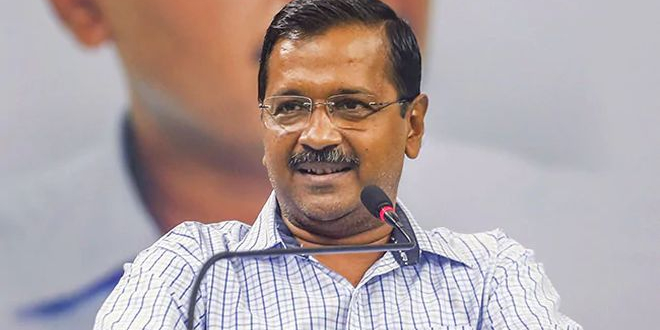 New Delhi: The COVID-19 recovery rate in Delhi reached nearly 88 per cent on Sunday, with Chief Minister Arvind Kejriwal saying that the national capital is now in the 10th position in the country in terms of active cases. As the situation has improved in the city, the chief minister will announce a series of initiatives in the next few days and the AAP government is chalking out a detailed plan to revive the city’s lockdown-hit economy, officials said. Mr Kejriwal has received several suggestions from economists and representatives from trade and industry for the economic revival of the national capital, they said.

On Sunday, the recovery rate in Delhi climbed to 87.95 per cent from Saturday’s figure of 87.29 per cent, while the positivity rate increased to 6.13 per cent from 5.56 per cent on Saturday, the health department said in its latest bulletin in Sunday.

Meanwhile, a 27-year-old resident doctor of Delhi government-run Baba Saheb Ambedkar Hospital succumbed to coronavirus at the Ganga Ram Hospital where he was undergoing treatment.

The family of Joginder Chaudhary was looking to get him married this year. His father said,

He was the eldest son of the family. He had aspired to be a doctor since childhood.

In the last 24 hours, 1,807 patients have either recovered, been discharged or migrated out of the city, according to the latest bulletin.

Today, Delhi reaches 10th position. People are recovering and No of active cases are steadily going down, the chief minister tweeted sharing a list of the states with the number of active coronavirus cases.

Delhi was eighth on the list on Saturday and second a few days back. From July 11-19, the number of fresh cases were being reported in the range of 1,000 to 2,000 consecutively.

The national capital has recorded a 44 per cent decline in the number of COVID-19 deaths in early July as compared to early June, the government said on Sunday.

The city recorded 605 deaths due to the viral disease between July 1 and 12 as against 1,089 fatalities during the same period in June, according to an analysis carried out by the health department.

Labour and Employment Minister Gopal Rai said the AAP government will launch a special programme to generate more employment opportunities in the city.

Mr Rai also said as part of the special programme, Kejriwal will also launch a job portal in the next few days, where the companies looking to hire people and job seekers can register themselves.

Recently, the city government had formed a 12-member expert panel to explore measures for economic reform in order to help businesses recover from the impact of COVID-19.

The panel is carrying out a comprehensive analysis and putting forward suggestions regarding measures that should be initiated by various departments, autonomous bodies, local bodies and the municipal corporations to help people and businesses during the pandemic.