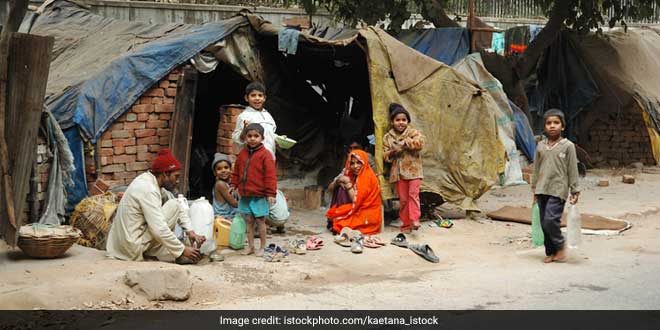 Mumbai: A toxic smog that has smothered New Delhi this week and triggered a pollution emergency, is hurting the homeless and those living in slums the most, said activists and doctors, as city officials struggled to contain the crisis. The air has remained consistently in the “hazardous” category or above those levels, despite measures including an order to halt to all construction activity, restricting vehicles and raising parking charges to push the use of public transport.

At these high levels, even the healthy are affected. The homeless and those on the streets are the most vulnerable, as they are not very healthy to begin with, said J.C. Suri, a pulmonary disease specialist at Safdarjung Hospital.

They are exposed to construction dust, vehicle exhaust on a daily basis, and at this time of year, it gets worse, he said.

At least 2.5 million people in India died early because of pollution in 2015, more than any other country in the world, according to a study by the Lancet Commission on Pollution and Health.

In New Delhi, illegal crop burning in areas surrounding the capital, as well as vehicle exhaust and construction dust are blamed for the smog that descends in cooler weather every year.

The city has become a “gas chamber”, Chief Minister Arvind Kejriwal said. Officials on Friday said they would spray water on the city from above, with conditions expected to get worse over the weekend.

The city’s homeless – estimated at about 16,000 by official estimates and thought to number at least three times that by activists – are bearing the brunt of it.

Even on a regular day, pollution levels are quite high, and they are on the streets all the time,” said Irtiza Quraishi of Marham, a non-profit group for the homeless in Delhi.

There are not enough shelters, and most of them work outdoors during the day,” he told the Thomson Reuters Foundation.

The urban homeless population rose by a fifth in the decade to 2011, as thousands migrated from villages in search of better prospects.

Last year, buses and portable cabins doubled up as homeless shelters in northern India amidst a cold snap.

Delhi’s Air Pollution: Government Needs To Act And Save The Citizens