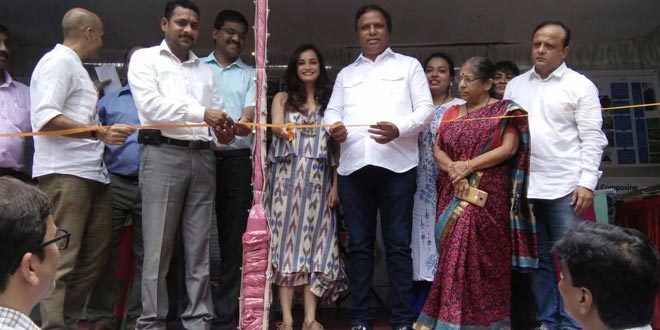 New Delhi: Taking waste segregation measures forward, India’s richest civic body, the Brihanmumbai Municipal Corporation (BMC) has launched a new initiative in its H/West Ward, ‘Waste Management exhibition on wheel’ to help citizens of Bandra, Khar and Santacruz learn waste management at source. Actor Dia Mirza, who is actively involved in Swachh Bharat Abhiyan related activities, launched a mobile van on August 18 at an exhibition held at Petit Municipal School in Bandra. People representing various sections of the society including local MLA’s, ward councilors, NGO, waste management groups, bulk generators, and Self-Help groups were present at the event. Since the event was held at a school ground it witnessed a lot of student participation as well. 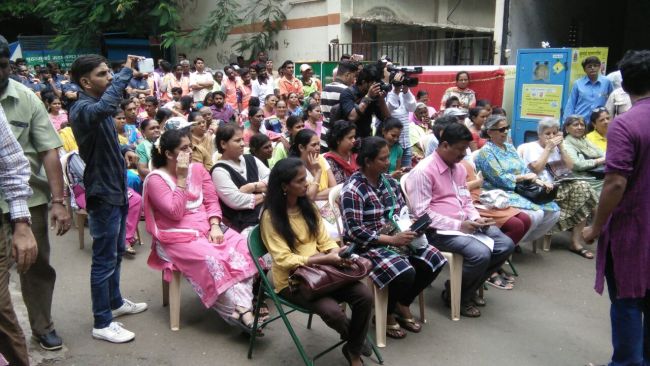 Also Read: Towards A Waste Free Society: Goregaon Residents Gear Up For The New Rule Of Segregated Waste From October 2 In Mumbai

The mobile van, displaying all kinds of information regarding the importance of waste segregation, composting, recycling, upcycling, etc., will go from door-to-door starting from August 18  in areas that come under the jurisdiction of H/West Ward. Everyday the van will take rounds from 10 am to 10 pm. To attract residents and passerby’s attention the van is decorated will Diwali lights and creative posters of waste management.

Talking to NDTV, M. K Mhaske, Assistant Engineer, Solid Waste Management, BMC, says, “BMC employees will go on rounds and explain in detail about how to use these units.”

He further adds, “When we initially started waste management related activities in the ward, we used to organise several exhibitions where would invite people at a particular place. Though we did witness a decent turnout, it wasn’t 100%. So we decided to come up with this concept to ensure maximum participation from people to make our ward a zero garbage area.”

#SwachhBharat ambassador, @deespeak, pledged to convert her society into a Zero Waste society during the launch of mobile van in #Mumbai. pic.twitter.com/NfpGaNhoA4

The van will carry several waste processing models of e-waste, plastic waste, vermi-composting, biogas, organic waste converter windrow composting, etc. when it visits each housing society and give people a demonstration of using them.

In January the H/West Ward generated around 325 tonnes of waste daily and post the segregation guidelines passed in June the overall waste generation has come down to 287 tonnes per day. While the ward manages to recycle anything between 35-50 tonnes of dry waste daily, the wet waste goes to the trenching ground, adds Mr Mhaske. To treat the area’s wet waste, BMC plans to install a waste-to-energy plant and a bio-composting unit, which will aim to treat 20 tonnes of wet garbage daily, in the next six months.