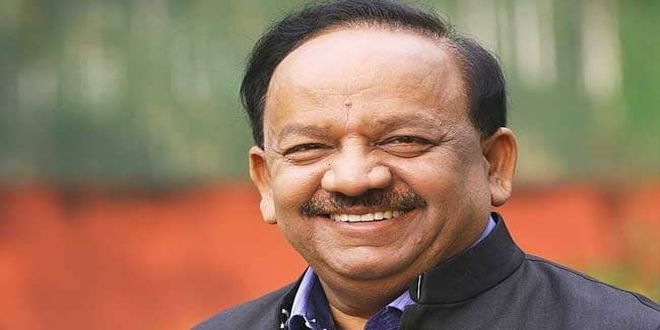 Universal Health for all, a disease-free India and global standards of excellence in healthcare, is our aim for a new India.

The Minister emphasised the need for preventive and promotive healthcare with the slogan “Eat Right, Stay Fit, Tabhi (only then will) India Super Fit”.

Universal Health for all, a disease-free India and global standards of excellence in healthcare is our aim for a new India under the leadership of Prime Minister Narendra Modi ji. Prime Minister Narendra Modi has spelt out his commitment, in no uncertain terms, that the health of our citizens is his government’s topmost priority. He has fast-tracked many policy initiatives aimed at achieving all the core tenets of Universal Health Coverage to deliver affordable and inclusive healthcare for all, he said.

This is the second occasion that India is hosting the Regional Committee meeting.

Emphasising the need for healthy nutrition, the Union Health Minister said the government is observing the month of September as “Poshan Maah” (Nutrition Month) to sensitise the public on healthy eating and address the twin issues of malnutrition and undernutrition and obesity in some sections, while intensifying the campaign for a “malnutrition-free India’.

The WHO South-East Asia Regional Director said being governors of health in the region requires them look beyond day-to-day concerns and the immediate horizon.

The flagship priorities have provided targeted focus and been responsible for a series of remarkable achievements. In advancing maternal and child health, tackling measles and rubella, in the battle against NCDs (Non Communicable Diseases), NTDs (Neglected tropical diseases), TB (Tuberculosis) and AMR (Antimicrobial resistance), the Region has performed with skill and determination, she said.