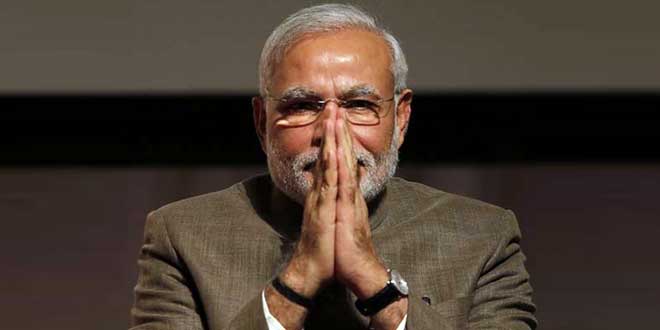 Haridwar: Prime Minister Narendra Modi while inaugurating Baba Ramdev’s research centre in Haridwar called upon people to embrace cleanliness and adopt swachhta as a habit. Prime Minister Modi stressed on the need for maintaining right balance in terms of cleanliness, sanitation and hygiene in the community in order to make India disease free. According to government statistics, around 300,000 children between the ages of 0-5 die of a preventable disease like diarrhoea each year.

He also added, “If we resolve to be clean, if we resolve not to litter or spread dirt and filth, we can save more lives than a doctor does. Cleanliness is the way ahead to make India disease free.

A study by World Health Organisation states that lack of cleanliness leads to an annual loss of over Rs 6500 every year to each Indian.

Prime Minister Modi asked people of India to make Swachh Bharat Mission a priority and requested the citizens of India to move ahead of donations and start ‘donation of cleanliness.’

Since 2014 more than 1,80,000 villages, 130 districts and three states – Sikkim, Himachal Pradesh and Kerala have been declared Open Defecation Free (ODF) and the Government aims to declare five more states – Gujarat, Haryana, Punjab, Mizoram and Uttarakhand ODF by the end of this year.

Participate Now: Do your bit for to make India Swachh, join our #Mere10Guz initiative, here.