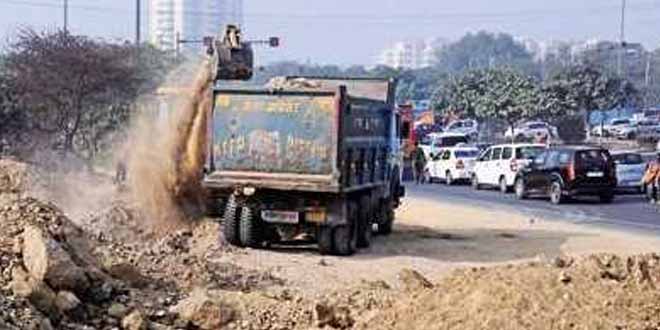 New Delhi: The Delhi Pollution Control Committee (DPCC) has asked the Public Works Department (PWD) to prepare a proper database of construction and demolition wastes generated from its sites and submit an annual report on the same. In a directive issued earlier this month, the pollution controlling panel has also asked the PWD to ensure all construction and demolition waste generated from its sites are stored in such a manner that it does not create air pollution in the city.

In its written direction to the PWD, the DPCC has said the department would collect the construction and demolition waste and transport it to an appropriate site for processing and disposal through resources of its own or any other authorised agency’s.

The Public Works Department shall keep track of the generation of all construction and demolition waste within jurisdiction and establish a database and update it once in a year and also submit annual report, the DPCC has said.

It also stated the PWD will dispose off all construction and demolition wastes lying at its sites in accordance with the Construction and Demolition Waste Management Rules, 2016. In February, Chief Minister Arvind Kejriwal had said the AAP dispensation would do landscaping work along 500 km of road length to check dust pollution in the national capital.

As Bio-Toilets Clog, Railways Turns To Vacuum Toilets In 13 Trains