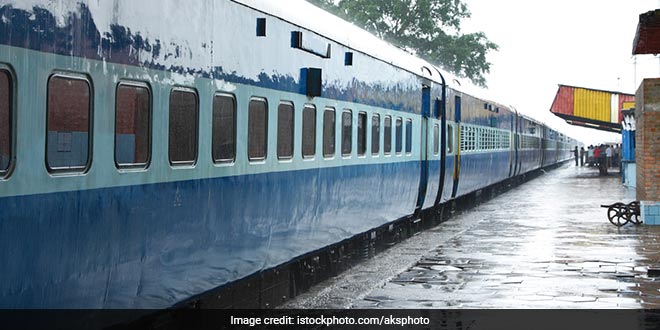 New Delhi: With its much-touted bio-toilets proving less than reliable, Indian Railways is turning to vacuum toilets for 13 premier trains, including the Howrah Rajdhani, Goa Rajdhani, Amritsar Swarn Shatabdi and Bandra-Patna Humsafar. The bio-toilets, which replaced open toilets in trains, have been prone to clogging due to dumping of waste such as bottles, pouches, plastic cups, paper and other material in the pans — resulting in foul smell.

We are beginning with the procurement of 2,000 vacuum toilets for 13 trains — and later many more trains will have this facility, said a senior Railway Ministry official.

All new Humasafar Express trains will also be equipped with vacuum toilets, said the official. The vacuum toilet will have a bio-digester to convert the waste into water and a suction pump that sucks out waste without need for much water to flush it.

This will help contain the foul smell as well as reduce the use of water, said the official.

Typically, a bio-toilet uses 10-15 litres of water per flush, whereas the vacuum toilet consumes only about half a litre. Trials of vacuum toilets were carried out in the newly-launched premium train Tejas. Now it will be installed 13 more trains.

The vacuum toilet costs about Rs 2.5 lakh, but the price will come down with the procurement of more such toilets, said the official. Meanwhile, the Railways has also tried to address the choking issue of bio-toilets by changing the shape of the pipes below the pan. Earlier, there was a “P-trap shape” which has been replaced with an “S-trap pipe” which seems to be more effective in prevent clogging, the official said.

There is a need for greater awareness among passengers about not throwing any material into bio-toilets so that they can function without choking, he added. As part of the Prime Minister’s Swachh Bharat Mission, Indian Railways had announced its aim of converting the entire rail route in the country into a discharge-free zone. The installation of bio-toilets in its entire coach fleet was part of this mission.