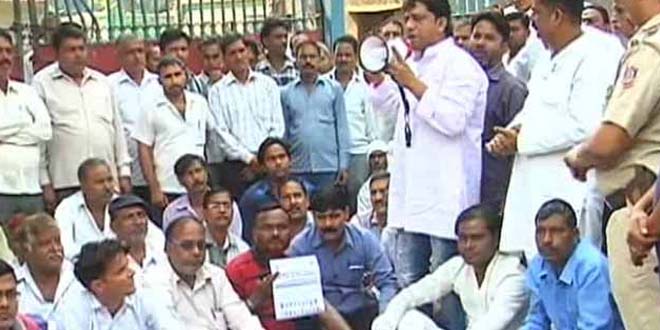 New Delhi: The sanitation employees of the East Delhi Municipal Corporation (EDMC) on Monday called off their 12 day-long strike over non-payment of salaries.

The development came after a meeting of the protesting municipal employees with EDMC Commissioner Mohanjeet Singh.

“Salaries have been credited into our bank accounts and the EDMC commissioner also assured us of considering our other pending demands so we have decided to call off the strike,” MCD Swachhta Karamchari Union President Sanjay Gehloth said.

He added, “All the employees will return to work from tomorrow and the sanitation work along with lifting of the garbage will be done on a war footing.”

The EDMC employees had gone on strike on January 5 over non-payment of their salaries. They had not been paid for over two months.

The agitating employees had also been demanding the regularisation of sanitation employees who were appointed till 2013.

Last week, the Delhi government had released ₹119 crore to EDMC for payment of the salaries of the employees.

Related Topics:
sanitation
Up Next