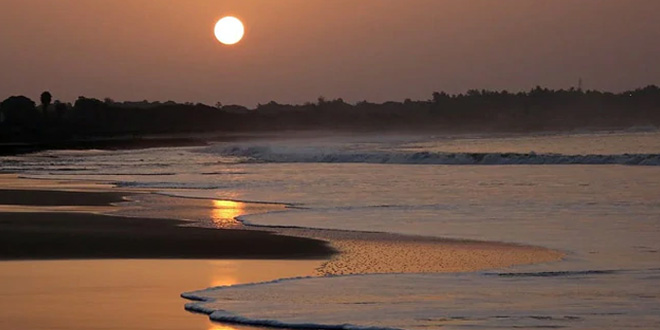 New Delhi: Eight beaches in India have been awarded the prestigious Blue Flag certification, the environment ministry said on Sunday. Terming it a “proud moment” for the country, Union Environment Minister Prakash Javadekar said the certification is a global recognition of India’s conservation and sustainable development efforts. The Blue Flag certification is a globally recognised eco-label accorded by “Foundation for Environment Education, Denmark” based on 33 stringent criteria under four major heads — environmental education and information, bathing water quality, environment management and conservation, and safety and services at the beaches.

In a statement, the ministry said, Blue Flag certification has been awarded to eight beaches spread across five states and two union territories by an international jury comprising of eminent members of the United Nations Environment Programme (UNEP), the United Nations World Tourism Organisation (UNWTO), Denmark-based NGO Foundation for Environmental Education (FEE) and the International Union for Conservation of Nature (IUCN).

The beaches which have been awarded the certification are Shivrajpur in Gujarat, Ghoghla in Diu, Kasarkod and Padubidri in Karnataka, Kappad in Kerala, Rushikonda in Andhra Pradesh, Golden in Odisha and Radhanagar in Andaman and Nicobar Islands, it said.

India has also been awarded the third prize by the jury under the “International Best Practices” for pollution control in coastal regions, it added.

Proud moment for India; all 8 beaches recommended by government get coveted International #Blueflag Certification, Mr Javadekar said in a series of tweets.

The government had on September 18 recommended these eight beaches for the coveted international eco-label.

An outstanding feat, as no #BLUEFLAG nation has ever been awarded for 8 beaches in a single attempt. India is also the first country in Asia-Pacific region which has achieved this feat in just about 2 years’ time, the minister said.

Also Read: 72% Of Toilets Surveyed By CAG In Government Schools Don’t Have A Running Water Facility, 11% Are Non-existent Or Partially Constructed

Japan, South Korea and the UAE are the only other Asian nations who have been conferred with a couple of Blue Flag beaches, however, in a time frame of about five to six years, the statement said.

A Blue Flag beach is an eco-tourism model endeavouring to provide the tourists or beachgoers clean and hygienic bathing water, facilities, safe and healthy environment and sustainable development of the area.

The recommendations are made by an independent national jury composed of eminent environmentalists and scientists.

Blue Flag beaches are considered the cleanest beaches of the world, the ministry had said earlier.

Sports Ministry Issues SOP For Training At Swimming Pools, A Maximum Of 20 Swimmers Allowed In One Session