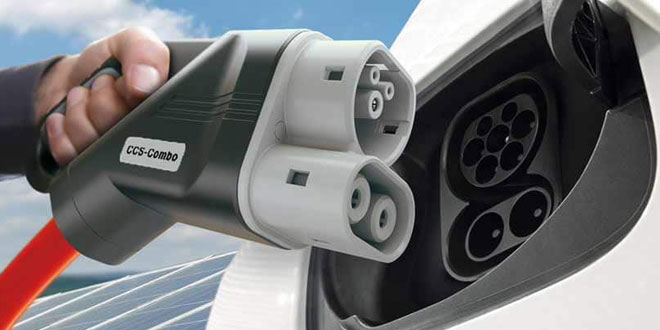 New Delhi: “We are thankful to the government for accepting our demands for a long term scheme with substantial fund support,” said Sohinder Gill, Director General, Society of Manufacturers of Electric Vehicles (SMEV) with excitement and cheer as the industry welcomed the union cabinet’s approval of the much-awaited incentive scheme for electric vehicles (EVs), FAME II. FAME II or the second phase of Faster Adoption and Manufacturing of Hybrid and Electric Vehicles (FAME) has been approved with an outlay of Rs. 10,000 crore which will be spent over a period of three years and will support manufacturing and sale of 10 lakh electric two-wheelers, five lakh electric-three wheelers, 54,000 electric four-wheelers, and 7000 electric buses.

While the industry still awaits the final note with details about the provisions that the scheme entails for further clarity on the roadmap designed by the government for e-mobility, the industry players find FAME II promising.  Mr. Gill said that the support to promote electric and hybrid mobility promised by the union government on Thursday through FAME II would encourage the industry players to invest in the sector which will further help in creating a robust ecosystem for EVs in the country.

“Electric Vehicles manufacturers urged the government for approving this scheme for long as the scheme was necessary for faster adoption of electric vehicles,” said Mr. Gill.

We thank the government of India, Department of Heavy Industry, NITI Aayog and all the stakeholder who had believed in electric mobility as the future for the country.

Anil Shrivastava, Principal Adviser at NITI Aayog, who thinks that electric mobility is the ultimate way forward for the country’s mobility sector asked the industry players if they are indeed ready to take up the challenge of electrifying India’s transport sector. He said,

Industry friends have welcomed FAME announcements, but are they ready to make that many two-wheelers, three wheelers, and buses? Tough targets for them, the race has begun, good that FAME II is liked. I would still say FAME or no FAME EVs are here to swamp Indian roads.

On the other hand Dr. Pawan K Goenka, Managing Director Mahindra & Mahindra said that there is no excuse left for the automobile industry. Now that the FAME II has been approved, he feels that it is the responsibility of suppliers, manufacturers, and mobility service providers to invest in EVs and make India’s EV dream become a reality. He said,

The new outlay of Rs 10,000 crore over a period of three years provides a stable policy to promote green mobility in India. It addresses the key issues including national energy security, mitigation of the adverse impact of vehicles on the environment and Growth of domestic technology and manufacturing capabilities. The revised FAME II removes all the uncertainty and will put Electric Vehicles in the fast lane. Mahindra supports the Central Government’s focus to boost EVs in public transportation and now requests local authorities to help facilitate plying of electric vehicles on Indian roads.

Perhaps it has come at the right time when the industry is seeing a downward trend with major automakers reporting losses in the last quarter. It will open the gates for new and long term investment in this e-mobility segment. But it is not clear whether FAME-2 has got anything encouraging for indigenous manufacturing for Battery Cells. Domestic manufacturing will really bring down the costs of the electric mobility in future and Government might not need to announce future incentives also just like China, which is not giving any more incentives.

Though the established players in the industry especially the four-wheeler manufacturers like Maruti-Suzuki, e-Tron, and Mercedes-Benz have shown concern regarding the charging infrastructure, the new scheme promises to address this concern. A spokesperson of Maruti Suzuki said,

The biggest reason why electric cars for private use have not become popular is the lack of charging infrastructure. In a populated country like India where land is slowly getting exhausted, not everyone can have a driveway in their homes where their cars can be parked and charged. Thus community and public charging stations need to be established for people.

The increased availability of charging stations is likely to give a boost to the sales of electric cars as well. It will also be instrumental for automakers like Mahindra Electric and Tata Motors who are already selling electric cars in India along with encouraging other automakers to include EVs in their product line-up. Hyundai has in fact already announced that it will be launching the Kona electric SUV in the country by 2020 and Nissan too recently said that it’s all set to bring in its best-selling electric car in the world, the Leaf, to India the end of this year.

Electric two-wheeler manufacturing firms like Avan motors, Ather and Hero see the manifold increase in the government outlay as a symbol of increasing EV momentum in India especially for the ones using advanced lithium-ion batteries. However, the industry also thinks that Rs. 10,000 per kilowatt hour (KWH) subsidy may become a dampener for the more popular, less costly low-end electric scooter that uses a battery of only 1.5 KWH. Incentives for such two-wheelers which give a speed of 40km/hr and range of 60-70 Km per full charge will reduce from the current Rs. 22,000 to Rs. 10,000, making them costlier by Rs. 12,000. According to Jitendra Shah of Jitendra EV, a Nashik based EV manufacturer that makes electric scooters said that to be able to avail the proposed incentives, electric two-wheeler makers will have to add more batteries, which in turn will escalate the cost and reduce the demand.

Mayank Deo of Avan Motors said that the government should also consider supporting retailer and must also consider providing easy loans to finance EVs especially electric cars for personal use.

Honoured By PM Narendra Modi For Swachh Duties At Kumbh, Boatman Raju Says ‘Never Ever Have Witnessed A Cleaner Kumbh Like This’