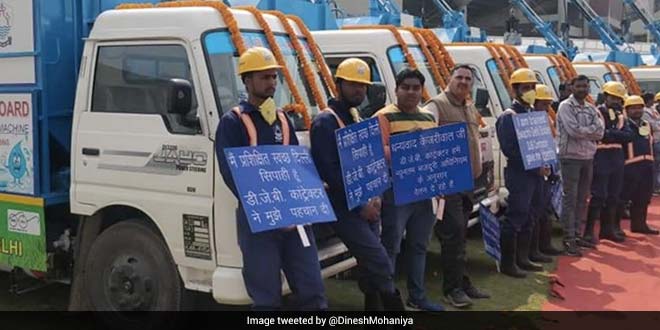 New Delhi: Giving a new life to manual scavengers and putting a full stop to the inhuman practice of manual cleaning of sewers in the national capital, Delhi Chief Minister Arvind Kejriwal on Thursday (February 28) flagged off a fleet of 200 sewer cleaning machines. The vehicles that are capable of entering narrow lanes and clean even 30 feet deep manholes will ensure the safety and dignity of civic workers. The machines have been provided to skilled manual scavengers making them ‘sani-entrepreneurs’, officials said.

It is a historic day for Delhi to start this initiative and ensuring safety and dignity of human life. These machines will put an end to the practice of sanitation workers entering manholes and septic tanks for cleaning, Chief Minister Kejriwal said after flagging off the initiative. The minister also claimed Delhi to be the first state to have developed a device like this. 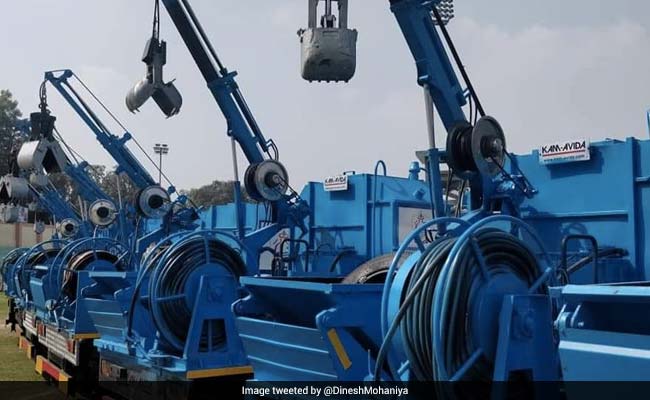 The small sewer cleaning vehicles deployed with machines have been developed by the Delhi Jal Board (DJB) and its officers. Vehicles have been fitted with necessary equipment ensuring hydraulic, jetting, grabbing and roding work. Along with cleaning deep manholes, it can clean the sewerage and bring the silt, sewer slug and other waste out to a trolley, an official said.

By this way, the government has made these workers self-employed. They can be called entrepreneurs, a status that will help them economically. At the same time, it will also ensure their safety and give them dignity, said the Chief Minister.

CEO: DJB,Shri Anil Kumar Singh  said that now with the introduction of Small Sewage Cleaning Machine Vehicles, DJB will be able to ensure cleaning of sewage in narrow lanes in Delhi comfortably through these Machines fitted with necessary equipments !!

With the introduction of Small Sewage Cleaning Machine Vehicles, DJB will be able to ensure cleaning of sewage in narrow lanes in Delhi, said DJB CEO, Anil Kumar Singh.

To improve the city’s sewer system, the government plans to introduce more machines, if the demand arises.

India Projected To Be On Track To Achieve Its Paris Climate Change Agreement Target: US Expert

Industry Welcomes The Much Awaited FAME II, Says It Has Fast Tracked Adoption Of Electric Vehicles