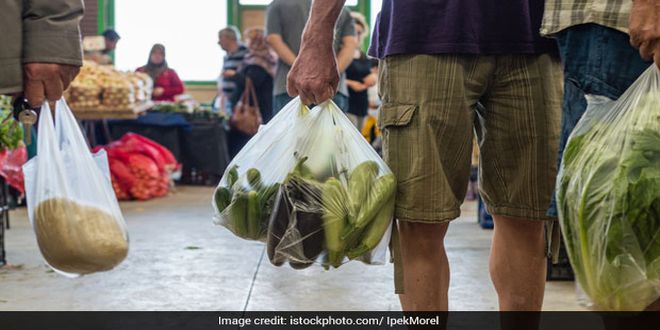 New Delhi: Dissatisfied over improper implementation of its plastic ban order, the National Green Tribunal (NGT) on November 7 directed the Delhi govern ml mment and the civic bodies to pick and choose a particular market to make it plastic-free.

A bench headed by NGT Chairperson Justice Swatanter Kumar directed the AAP government, three municipal corporations and the Delhi Potrol Committee to sit together and select at least one market to implement the ban.

“Please tell us one market where you have banned plastic. All the figures you are giving are very good, but the authorities must implement it strictly. All of you decide at least one market and make it plastic free,” the bench said.

It ordered the Delhi Police to provide assistance to the inspecting teams and listed the matter for next hearing on November 9.

The green panel had earlier asked city government to strictly impose a fine of Rs 5,000 on those violating the plastic ban order and carry out raids on shops or vendors possessing plastic bags.

It had also asked the AAP government to submit a status report on the steps taken to implement its order banning plastic in the national capital.

The green panel had last year banned the use of disposable plastic in Delhi and NCR with effect from January 1 this year.

The tribunal was hearing a plea filed alleging that the non-woven plastic bags were being used in the markets which were also non-biodegradable.

The NGT had prohibited the use of disposable plastic in the entire city, especially at hotels, restaurants, public and private functions, while asking the Delhi government to take appropriate steps against “storage, sale and use” of such material from January 1.

Delhi Is ‘Out Of Breath’: As Air Quality Gets 10 Times More Polluted Than Permissible Limit, Primary Schools To Remain Shut Tomorrow