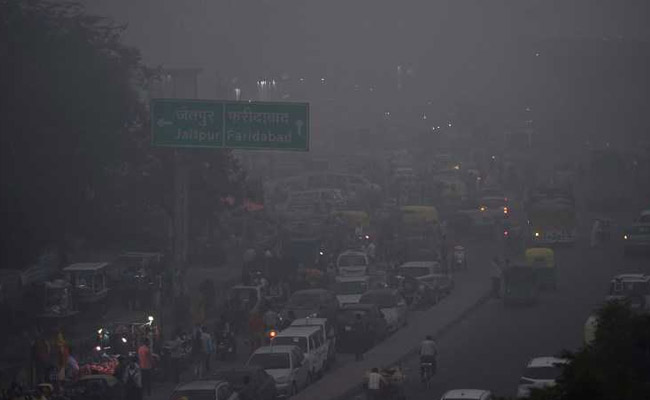 New Delhi: Environmentalist Sunita Narain, who heads the Centre for Science and Environment (CSE) and is a member of the Supreme Court-appointed Environment Pollution Control Authority (EPCA), says the environment challenges we confront are progenies of “a conspiracy of silence”.

“Pollution is visible in Delhi because some important people live here, so there’s a good monitoring system and there’s outrage because people know how pollution is affecting their children. But what about rest of the country? If people don’t know what is killing them, they don’t bother about environmental pollution,” she said, stressing upon the need for a “Delhi-like outrage” in the rest of the country.

“It’s a conspiracy of silence; it’s a conspiracy because you don’t want them to know (the harmful effects of environmental pollution),” Ms Narain, whose new book “Conflicts of Interest” couldn’t have come at a more appropriate moment, told IANS in an interview.

Ten days ago when the smog episode took place in Delhi, I felt deeply frustrated and almost helpless. We’d given our life and soul to move things, but it’s so difficult to get real, meaningful action. At some moments I felt like just giving up. But it’s a journey and you have to push it with hope, she said.

During her three-decade-long “frustrating and deeply disturbing” journey through India’s green movement- that includes finding the real villains by explaining the controversial science behind pollution, battling the elitist of the elite which includes lobbies of celebrities, industries, government and the politicians- a lot had been made possible despite all odds.

Attacked and put on “trial by fire” for exposing the cola-companies which used pesticides, she and her team survived and won legal battles over giants like Arun Jaitley, Kapil Sibal and P. Chidambaram, all representing interests of automobile companies contending particulate pollution was “not dangerous”.

The problem in India is that there is a conflict of interest. There is no deterrence; so you clearly have no interest in moving towards the issues that matter to a large number (of people), she contended.

And, “disabled institutions” are coming in the way of putting corrective systems in place.

For monitoring, you need scientific and institutional capacity. It’s a real hard fact that our institutions are disabled today.

You cannot plan on pollution control and fixing things if you disregard pollution the way we are doing, Ms Narain added.

Speaking of climate justice as a thin line between perspectives, where India and other emerging economies seek the right to develop while the West portrays this as the right to pollute, Ms Narain said: “You cannot have a situation of immorality where one part of the world has colonised the atmospheric space and is now denying the right of development to such large numbers of people.”

However, beyond the capabilities of what we know and what we don’t, there is a silver lining.

One of the good things that we have done and I hope that we will continue doing is that we have always focused on solutions; we have never told you that there’s a problem, she said, adding that as we find more problems, we need to find the solutions.

Petcoke and furnace oil — used as fuel across India and way more polluting than the diesel- she pointed out, was one of the problems discovered only a year back after which she dragged the matter to the Supreme Court.

During a year-long “bitter fight with the government in court”, Ms Narain recalled, “the government fought us in every hearing and I used to think if this is the Ministry of Environment or of Pollution?”

Now, for the first time, the Ministry of Environment has come around and said in court that it is banning it, she said, adding that getting the import of petcoke and furnance oil banned is her next fight.

The Supreme Court on Wednesday rejected the plea for the recall of its order banning the use of petcoke and furnace oil by industries in the National Capital Region (NCR).

The court also rejected a plea by the National Thermal Power Corporation (NTPC) seeking extension of time to switch over to an alternate fuel.

Growing more “sensitive” through her journey of dissent, the environmentalist said she never felt powerless.

I don’t feel powerlessness, you just have to keep at it and we have Harish Salve on our side (on the diesel case). In India there are amazing people. The Sibals, Chidambarams and Jaitleys of the world are fine, but then there are also the (Harish) Salves of the world (to fight on our side), she noted.

As a member of the EPCA, she felt that muscle-flexing is not the only way out.

We have used our power (EPCA) very carefully, we have still not used Section 5 of our powers because we don’t need to. I think we need to have institutions that have information and credibility to drive action. Flexing muscles is not the only way to get action, she said. Under Section 5, EPCA can shut down any industry.

Speaking of her inspiration and founder of CSE Anil Agarwal- the eminent environmentalist credited with giving India its environmental intellectual base- Ms Narain wondered if the legacy of a man “who was ahead of his time” would get justice.

What Anil gave India is something without which we would have been an environmental community that followed the West…We are not doing justice to his legacy, she said.

However, being an optimist because that’s something affordable, Ms Narain has managed to get a fair amount of work done.

You can always argue and I will come forward and say that, yes, we could have more results, but there is so much bad in this country let’s celebrate something that is good, she quipped.