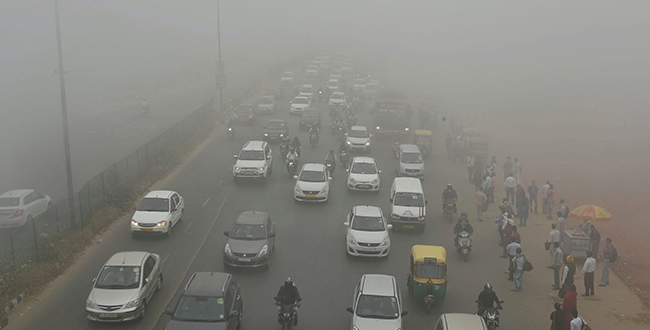 New York: Health-related problems linked to air pollution could be far higher than previously thought, as researchers have found that short term exposure to fine particulate matter in the air (known as PM2.5) is associated with several newly identified causes of hospital admissions, even at levels below international air quality guidelines. Air pollution has for the first time been linked to life-threatening illnesses – including sepsis, kidney failure and urinary tract infections, according to the study published in the journal The British Medical Journal (BMJ).

These associations remained even when the analysis was restricted to days when the PM2.5 concentration was below the WHO air quality guideline.

“Discovered several new causes of hospital admissions associated with short term exposure to PM2.5 and confirmed several already known associations, even at daily PM2.5 concentrations below the current WHO guideline,” said study researchers from Harvard Chan School of Public Health in US.

Economic analysis suggests that even a small increase in short term exposure to PM2.5 is associated with substantial economic effect, the added.

For the findings, the research team analysed more than 95 million Medicare hospital insurance claims for adults aged 65 or older in the US from 2000 to 2012.

Causes of hospital admission were classified into 214 mutually exclusive disease groups and these were linked with estimated daily exposure to PM2.5 based on data from the US Environmental Protection Agency.

The researchers then estimated the increased risk of admission and the corresponding costs associated with a 1 ug/m3 increase in short term exposure to PM2.5 for each disease group.

They found that each 1 ug/m3 increase in PM2.5 was associated with 2,050 extra hospital admissions, 12,216 days in the hospital, and $31m (£24m, €28m) in care costs for diseases not previously associated with PM2.5 including sepsis, kidney failure, urinary tract and skin infections.

The researchers point to some study limitations, such as being unable to fully capture costs after discharge, or take account of other factors that could trigger hospital admissions, such as smoking, alcohol consumption, and drug use.

However, strengths include the large sample size over a 13-year period and results that remained similar after further analyses, suggesting that they are robust.

Our knowledge of the health effects of PM is still lacking in many areas, said researchers at the University of Southampton in UK.

Stubble To Become A Source Of Income For Farmers: Union Minister Kailash Chaudhary