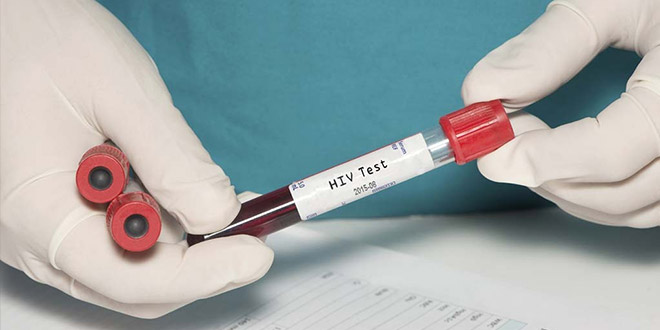 It has been almost 35 years that mankind has been battling with HIV (Human Immunodeficiency Virus)/AIDS (Acquired Immunodeficiency Syndrome). The last two decades have seen game-changing developments both in HIV management and prevention. The advent of newer antiretroviral drugs for HIV treatment brought in extremely effective, safe and convenient ‘once-daily single tablet’ regimens. This, along with affordable treatment costs, did transform HIV from a deadly disease to a chronic manageable condition just like diabetes or hypertension.

As of 2019, India has 2.1 million people living with HIV/AIDS and our country alone sees around 88,000 new cases annually. In 2015, UNAIDS (Joint United Nations Programme on HIV/AIDS) set a global goal to “end AIDS as a public health threat” by 2030 and for this it has a shared vision of zero new HIV infections.

While India was very quick on adopting all the developments in HIV treatment, we have not kept pace with the scientific developments in HIV prevention. The only HIV prevention modes that continue to be known are ABC i.e. Abstinence, Be faithful (have just one partner) and Condoms. While the first two just highlight the hypocrisy in our society, it was only condom usage that played the main role in bringing down our numbers in new infections over the last 25 years. Today, we have more tools to effectively prevent HIV than ever before. Since no single tool offers complete protection or is right for every person, a combination of the below methods is needed to help reduce HIV transmission.

Using antiretroviral medications (that are otherwise used to treat HIV) for HIV prevention:

1. Treatment As Prevention (TasP) For People with HIV: Treating HIV positive individuals lowers the amount of virus in their bodies and this reduces their risk of transmitting HIV to their sexual partners by a dramatic 96 per cent. This is why it is important to expand and encourage HIV testing so that people who are infected with HIV can quickly be linked to care and can begin treatment before they transmit the disease to others.

2. Post-Exposure Prophylaxis (PEP): It is a four week course of antiretroviral medications given to individuals within 72 hours of exposure to HIV. PEP has always been used for professional exposure in doctors and nurses after an accidental injury with an infected needle. But sexually active individuals should also be aware that PEP can reduce the risk of HIV transmission after exposure to an HIV infected person or a person whose HIV status is unknown to them.

Also Read: World AIDS Day 2020: A Look At How HIV-AIDS Has Been Impacting The World

3. Pre-Exposure Prophylaxis (PrEP): People who are not infected with HIV but who have an HIV infected or multiple sexual partners can take a daily dose of antiretroviral medication to lower their risk of acquiring HIV through their sexual activity by more than 90 per cent – or from injection drug use by more than 70 per cent. The level of protection is strongly dependent on how well the person adheres to the daily regimen. Use of PrEP has been very successful in many countries of Africa, America and Australia. And although PrEP is a game-changer in HIV prevention, PrEP users should know that it does not protect them from other sexually transmitted infections or pregnancy and therefore PrEP is an additional tool and not a replacement to condoms.

Restrengthening The Awareness On Condoms

The age of sexual debut has gone down over the last few years and studies in India have shown that this could be as low as 16 years. It has been seen that young people often attribute condom usage only to sex with a commercial sex worker not realizing that casual sex with friends or individuals they meet on dating apps is equally risky. Moreover, it has also been seen that condom usage is lower in homosexual relationships. While condoms are highly effective in preventing sexual transmission of HIV – they need to be accessible and be used consistently and correctly.

Screening and Treatment of Sexually transmitted infections (STIs) may reduce risk for HIV transmission because STIs increase an individual’s risk of acquiring and transmitting HIV, and STI treatment may reduce HIV viral load.

Staying HIV-free is a right. And now, more than ever, we can end new HIV infections so that together we can end the AIDS epidemic by 2030.

Rapid Testing Can Eliminate Spread Of COVID-19 Within Weeks, Says A Study

World AIDS Day 2020: A Look At How HIV-AIDS Has Been Impacting The World