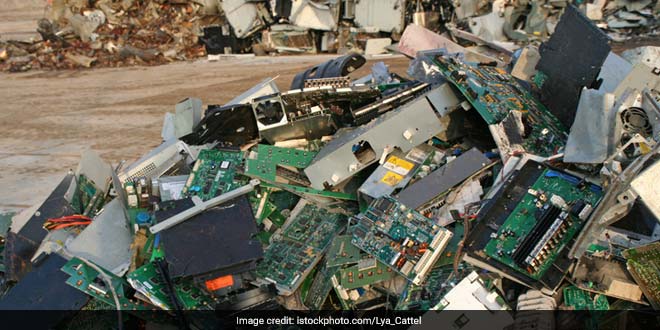 New Delhi: With more than 2 million metric tonnes of e-waste generated every year, India is the fourth largest e-waste producer in the world. This is an alarming situation, which needs immediate attention both at the policy and implementation levels. International Finance Corporation (IFC), part of the World Bank Group, and Karo Sambhav, a certified Producer Responsibility Organization (PRO), recently hosted an event to prioritize e-waste management as a public interest issue. The event was held to mark the first anniversary of the International E-waste Day, declared by European Association of the Waste Electrical and Electronic Equipment (WEEE) Forum last year.

The Global E-waste Monitor, 2017 published by the United Nations University estimates that out of total e-waste generated annually, nearly 82 per cent is contributed by personal devices such as phones, tablets and laptops. According to a joint study by ASSOCHAM (Associated Chambers of Commerce and Industry of India) and NEC Technologies – India will consume $400 billion worth of electronic goods by 2020, generating an enormous growth in end-of-life products. In India about 95% of the waste is processed by the informal sector, using practices that are harmful to their health and the environment.

IFC is working with Karo Sambhav to build a locally relevant and responsible e-waste management solution across all states in India through IFC’s India e-waste Program. Jun Zhang, IFC Country Head for India, said, “IFC supports the growth of a sustainable private sector-led e-waste management ecosystem in India and aims at finding a long term and cost-effective solution to the industry’s challenge of collecting and disposing of e-waste in an economical and responsible manner.” IFC’s India E-waste Program focuses on (1) generating awareness (2) supporting the establishment of a responsible e-waste management ecosystem through the PRO model and (3) developing knowledge and data resources to support stakeholders in their implementation efforts. IFC aims to mobilize investments towards the sector and support the development of a fair market.

Working closely with manufacturers, bulk consumers, and the informal sector, Pranshu Singhal, Founder, Karo Sambhav, said, “With the 2016 E-waste Rules and targets in place, India has made commendable progress in the management of e-waste since last year. The next big push will come by establishing standards across the value chain, using IT to drive accountability and transparency, focusing on de-pollution practices during recycling and introduction of recovery targets for collected e-waste.” The India E-waste Program is supported by the Government of Japan and the Korea Green Growth Trust Fund of the World Bank Group.

Air Pollution: What Is Being Done About The Sources That Continue To Pollute Delhi, Ask Experts