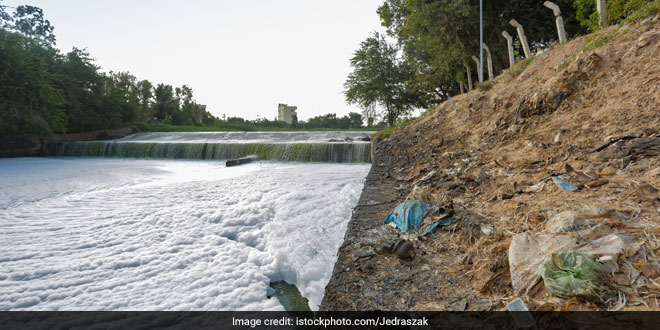 New Delhi: The National Green Tribunal (NGT) directed the Central Pollution Control Board (CPCB) to inspect sites where thermal power plants were discharging effluents in the Ganga basin in a week or pay Rs. 1 lakh as fine. A bench headed by NGT Chairperson Justice Swatanter Kumar asked the counsel for the CPCB to physically examine the sites where thermal power plants are located in the first phase of Ganga (Gomukh to Haridwar), and submit the report by November 20 or pay a fine of Rs. 1 lakh.

Also Read: Work On Three River-Linking Projects And Other Schemes For A Pollution-Free Ganga Will Begin In Next Three Months: Minister Nitin Gadkari

The plea has also sought directions to ensure that fly ash is not released into the Ganga River or its tributaries.

The plea has also alleged that there were over 25-year old power plants, which were not technologically advanced and were polluting the river.

You Are Making A Mockery Of The System: NGT To UP Government On Failing To Curb Air Pollution