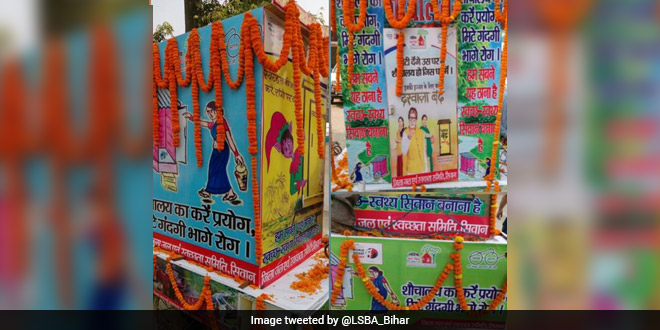 New Delhi: Three years of Swachh Bharat Abhiyan and yet, Bihar which has 1.8 crore households that account for 89 per cent of the state’s population, has a sanitation coverage of merely 32.35 per cent. Till now, over 21 lakh household or roughly 12 percent of the households have built toilets in rural Bihar, some 2,000 villages out of a total of 18,000 have only been successful in eradicating open defecation. Talking about districts, till date, no district in the state is open defecation free. Though the state government claims that sanitation is its No 1 priority, the miserable performance of the state is a cause for serious concern. As India gears up to celebrate World Toilet Day on November 19, Bihar pushes the accelerator by undertaking various steps to improve its Swachh Bharat Abhiyan performance.

As a part of the celebrations, the government will undertake shramdaan to help construct toilets in Champaran district of the state. The state is also holding the Mason training programme across its districts to train thousands of people to build a twin-leach pit toilet successfully.

For last one week, in schools and villages, Swachh Messiahs are educating the masses on why having a toilet at home is a necessity as a part of the celebrations of World Toilet Day. Explaining the activities, Raman Kumar, District Magistrate, Champaran said,

The reason why Bihar is lacking in its swachh performance is because there is hardly any awareness among people. In order to change this grim situation, we are as a part of the celebrations of World Toilet Day holding various awareness campaigns in schools and villages where we are educating people about toilets and why it is important for them to construct and use one.

A lot of time we are using our traditional ‘triggering tool’, where we trigger and motivate people towards behavioural change and better sanitation practices.

There is also a special drive undertaken by school children titled as ‘Sharam Karo Abhiyan’ in which the students are going to different areas and telling people why they need to move away from the age-old tradition of open defecation. Apart from education, the children are also going on field inspections to catch hold the defaulters. 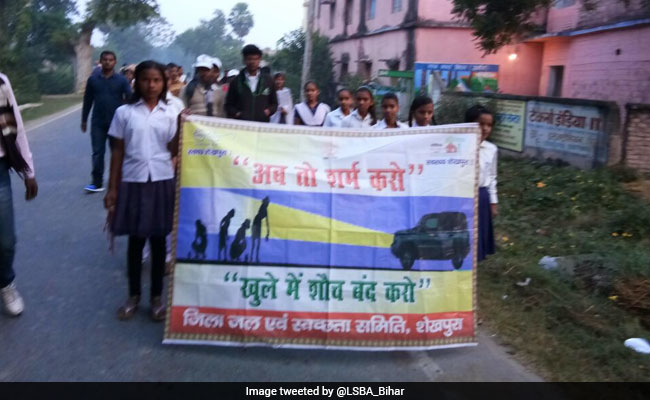 Taking a step further, various villages/blocks/panchayats through nukkad natak and toilet mela are encouraging people to use toilets instead of going in the open.

Our aim is one – to educate and motivate people to give up this age-old practice of open defecation. At various places, through nukkad natak where characters demonstrate the ill-effects of defecating in the open, we are making awareness among masses. Whereas Toilet Mela, where a toilet is decorated with motivational lines is showcased at a stall or a particular location to give people a boost of constructing toilet at their own places, said a senior Swachh officer from the state. 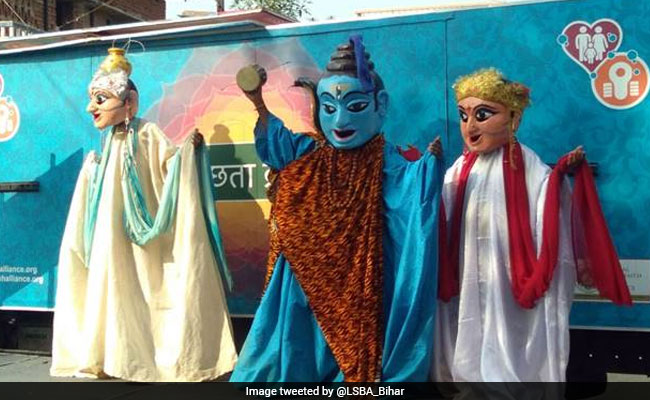 Bihar which has not yet made their debut in open defecation free as of date is expected to declare its first district free from open defecation by end of this year. As per the sources, Chief Minister Nitish Kumar will make an official announcement by organising a massive event in the state. The Rural Development Department is aiming to make at least 9 out 10 of northern Bihar’s districts ODF by March 2018, currently, all of them have sanitation coverage below 30 per cent.

Ahead Of The World Toilet Day, Mumbai Announces Construction Of Multi-Storey Public Toilets