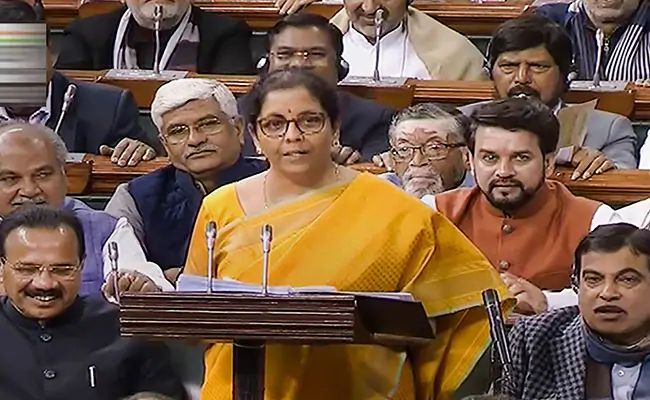 New Delhi: After a high octane five years of Swachh Bharat Abhiyan that saw nearly 10 crore toilets being built in rural India, the budgetary allocation for the campaign has been cut for second year in a row. The Finance Minister Nirmala Sitaraman presented her second Union budget today, and she began by highlighting some of the achievements of the government’s different schemes. The Finance Minister further placed Swachh Bharat Abhiyan under the ‘Aspirational India’ pillar, one of the three pillars of the Budget and announced an allocation of Rs 12,300 crores for the financial year (FY) 2020-2021 for the scheme. This is down from the total allocation of Rs. 12,644 crores for the campaign last year, which itself was around Rs. 5,199 crores lower than the budget allocated in 2018-19.

This year Swachh Bharat Abhiyan will focus on open defecation free plus (ODF Plus is total sanitation in terms of solid waste management in addition to open defecation free tag). Through this India will be able to successfully sustain ODF behaviour and no one will be left behind. We will focus on source segregation and effective solid waste management in the country this time around.

Our government is committed to #ODFPlus, in order to sustain ODF behaviour and to ensure no one is left behind

Ms Sitharaman also said that manual scavenging will end this year, she said,

We have identified suitable technology to eliminate manual cleaning of sewer systems and septic tanks and will deploy the suitable system to do the same on priority.

Raman VR, Head of Policy at WaterAid India, told NDTV that in his opinion allocation seems to be just fine and the promise to put an end to manual scavenging is welcome. He said,

The allocations for SBM 2.0 appears to be alright, though it is less than that of last year. The fruitfulness of this will depend on the details, the areas where this allocation will be prioritised. The explicit statement on manual scavenging and on the technological alternatives to sewer and septic tank cleaning is welcome, but one has to see how this will be translated into action – as the plight of sanitation workers continuing to be the same and schemes and budgets continuing to be almost unused.

He further pointed out that the Jal Jeevan Mission, which is important for sanitation standards has received a much lesser share, he said,

Overall, the Jal Jeevan Mission seems to have received much lesser annual share given the 3.6 crore overall allocation committed for the scheme over the span of 4-5 years. Last year’s and current year’s allocations together, it is less than 10 per cent of the total allocated budget for the scheme. Given the huge target of functional household tap connections taken up by the government by 2024, which is an important goal, a larger allocation was expected.

Dr Amiya Kumar Sahu, the Founder and President of National Solid Waste Association of India, on the other hand, expressed his disappointment with the allocation for SBA. He told NDTV,

I’m disappointed with the budget for Solid waste management. Rs. 12, 300 crores for segregation and cleaning! This will go to municipalities for garbage bins and they will eat away the money and is of no use. I was expecting clarity for processing of the waste and Waste to Energy which should be owned by the government and allocation should be more than one lakh crore. Our FM also needs to be educated in waste management through capacity building.

Budget 2020: Budget Allocation Shows An Increase For Nutritional Schemes But A Steep Drop In Food Subsidy

Budget 2020 Highlights: Here’s What Finance Minister Nirmala Sitharaman’s Budget Had For A Swachh And Swasth India