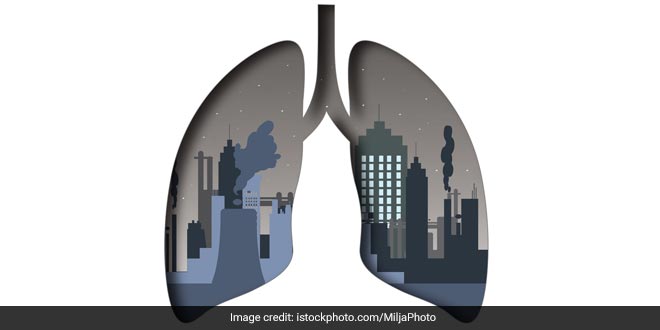 New Delhi: Dr Arvind Kumar, Chairman of the Institute of Chest Surgery, Chest Onco-Surgery and Lung Transplantation at the Medanta – The Medicity in Gurugram has been operating on people’s chests, namely lungs for more than 30 years. He along with his team performs nearly three cases a day. In the past three decades, he has noticed some very fundamental and frightening changes in the colour of the lungs of people as well as in the spectrum of people coming to the outpatient department (OPD).

In an exclusive interview with NDTV-Dettol Banega Swasth India, Dr Kumar shared his experience and painted a before and after picture of the kind of lungs he used to operate on vs now. He said, 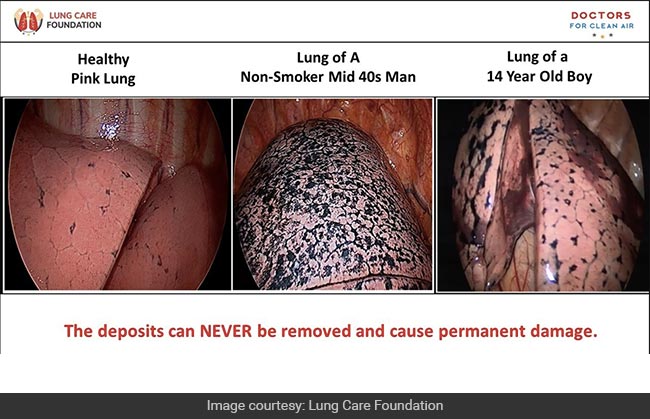 The impact of air pollution on lungs

Once deposited on the lungs, these black deposits are permanent; no therapy or treatment can remove them. They stay there and cause lifelong damage to the lungs and various other organs, explained Dr Arvind.

Alarmed by the state of people’s lungs, in 2015, Dr Arvind founded Lung Care Foundation to create awareness amongst people as to what was happening silently inside our bodies, without us being aware.

While the situation inside the operating room has been alarming, there is an equally terrifying status emerging from the outpatient department. Talking about the change in the demography of lung cancer patients, Dr Arvind said,

30 years back, the profile of a lung cancer patients included – the majority will be smokers; age group would be the 50s and 60s; mostly men and they would have a history of prolonged smoking. Contrary to it, now I see more than 50 per cent of the patients to be so-called non-smokers; they are in their 30s or 40s which means there is almost a decade and a half preponement of the peak age. Not just this, 40 per cent of the patients today are women, also, non-smokers from non-smoking families. And, it is a rarity for me to see pink lungs. I attribute this shift only to the exposure of so-called non-smokers to air pollution. I dare say, air pollution is now having the same impact on the lungs as smoking has and there is a scientific basis to prove that.

Polluted air on the lungs and the rest of the body has the same effect as smoking has. Therefore, no wonder, more and more non-smokers are now getting lung cancer and it is directly attributable to their exposure to air pollution.