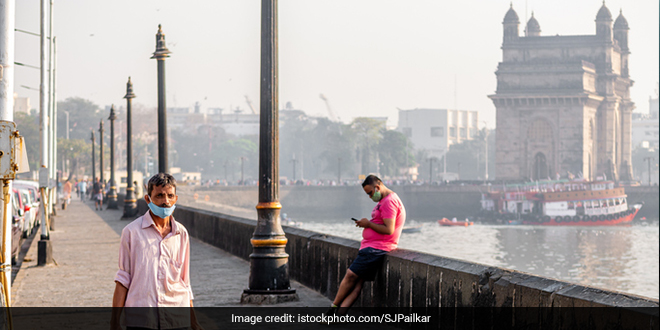 New Delhi: Mostly Delhi tends to hog the air pollution related headlines and emerges as the perennial offender when it comes to air quality that poses health risk. The national capital is considered to be one of the most polluted cities in the country when it comes to air quality, according to the report – Air Quality and Health in Cities, released by US-based Health Effects Institute in August 2022, but currently Mumbai’s air quality is reported to be worse than Delhi.

Mumbai has recorded a worse AQI than Delhi. Last week, the overall Air Quality Index (AQI) level of Delhi stood at 152, which is considered to be at the moderate level, whereas Mumbai was at 225, which comes under the ‘poor’ category, according to the Air Quality Index website.

The pollution levels in Indian cities are rising at an alarming rate. According to IQAir’s 2022 list, a Swiss air quality technology company, Delhi, Kolkata and Mumbai are top Indian cities witnessing high levels of air pollution. But what could be the solution?

Mumbai has seen a rise in the pollution levels in the past week, and we have been tracking it in about 20 locations; the government has around 18 monitors that were working during the week. We saw that across the location throughout the day, the values remained consistently high, closer to 200 micrograms. It is unusual to have it throughout the day, as generally, the air pollution status varies from morning until evening. But in Mumbai, it remained consistent, which is not normal. For now, it points to pollution coming from outside. There were no pollution controlling efforts implemented at a scale at which they were needed.

Environmentalist Sumaira Sheikh, on the other hand, emphasised the importance of implementing air pollution mitigation measures quickly in cities like Mumbai and Delhi. She said that people preferred living inside homes with air purifiers and other measures, but that could not count as one of the solutions.

We cannot be living inside a room with an air purifier to avoid the effects of air pollution. Until the post-COVID-19 lockdown, Mumbai never faced this situation, so something has changed in the city, and it is not just the weather as there have been no extreme changes. It is clear to anyone living in Mumbai that besides industrial pollution, the rise in construction activities has also contributed to the rising pollution levels. We can see the construction dust flying out of the sites, open trucks carrying construction debris, and much more. We cannot keep saying that industry pollution from outside has to do with the situation we are in.

The Emission Trading Scheme (ETS) is a pilot emissions trading scheme for particulate matter pollution launched by the Gujarat Pollution Control Board and implemented in Surat in 2019. This is the world’s first particulate trading system, and is part of a study by the Energy Policy Institute at the University of Chicago.

One of the researchers of the Surat Emissions Trading Scheme from Chicago University, Michael Greenstone, detailed OUT how ETS works. Mr. Greenstone said that the system sets a limit or cap on the amount of a pollutant that may be emitted. The limit or cap is allocated or sold to firms in the form of emissions permits, which represent the right to emit or discharge a specific volume of the specified pollutant.

The companies are required to hold a number of permits or allowances equivalent to their emissions. The total number of permits cannot exceed the cap, limiting total emissions to that level. The firms that need to increase their volume of emissions must buy permits from those who require fewer permits, he added.

The scheme reduced particle emissions by 29 per cent and lowered the costs of reducing the particulate emissions. Additionally, it increased the industry profits.

Can Emission Trading Scheme Be Replicated In Other Indian Cities?

Talking about the Emission Trading Scheme (ETS), Bhargav Krishna said that it was a pilot project that was implemented for a limited number of industries, such as textiles. Mr. Krishna pointed out that the pollution control boards of several states or frontline environmental regulators were understaffed, lacked basic technical knowledge, and in the absence of any external entity providing funds and expertise, like the one for the Surat model, it would be difficult to replicate it across the country. He further said,

The textile sector is traditionally not considered one of the major polluters, compared to other industries. It can be debated whether this kind of work (Surat model) is transferable to politically contentious sectors like steel, power plants, etc., which generate more air pollution than textiles. The principle behind it is relatively sound, but the question is whether the market-based mechanisms can function in other Indian states that lack capacity significantly.

In terms of the air pollution mitigation in the cities with rising pollution levels in the absence of heavy industries, author Sidharth Singh said that while the ETS concept for particulate matter might be new and beneficial, the bigger industries like steel were used to another form of emission trading systems – Energy Efficiency Trading Scheme. The energy efficient trading scheme comes under the Perform, Achieve, Trade (PAT) scheme of the government of India, and it has been going on for several years.

In the case of Mumbai, close to 40 per cent of the particulate matter pollution comes from non-human factors. So, the other 60 per cent can be controlled within the limits. But ultimately, we might have to think a little more ambitiously and have a mission-mode approach to tackle the air pollution in all the regions of India.

He added that an infrastructure to scale a scheme like ETS existed, but the challenge was that the state pollution control boards lack the capacity to scale up such solutions in the country.