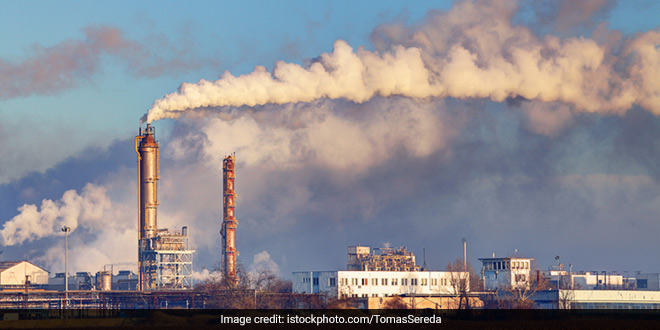 If current national plans are fully implemented, the world is headed for global warming of 2.7 degrees: United Nations

Rome: Leaders of the Group of 20 major economies will say they aim to cap global warming at the 1.5 degrees Celsius level scientists say is vital to avoid disaster, but will largely avoid firm commitments, according to a draft statement seen by Reuters. The joint statement on the need for climate action reflects tough negotiations among diplomats as the leaders gathered for a two-day summit in Rome, but the draft details few concrete actions to limit carbon emissions.

We remain committed to the (2015) Paris Agreement goal to hold the global average temperature increase well below 2°C and to pursue efforts to limit it to 1.5°C above pre-industrial levels, the draft says.

The statement also says the leaders recognised “the key relevance” of achieving net zero carbon emissions by the middle of this century. This is a goal that United Nations experts say is needed to achieve the 1.5 degree cap on warming, but some of the world’s biggest polluters have still not committed to it.China, the largest global emitter of greenhouse gases, has set a 2060 target date. Overall, the fifth draft produced does not seem to have toughened up the language on climate action compared with previous versions, and in some areas it has slightly softened it.

Also Read: India’s Agenda At COP26: What You Need To Know

The role of the G20 is crucial ahead of a broader U.N. climate summit known as “COP26” to be held in Glasgow, Scotland next week involving almost 200 countries. The G20 bloc, which includes Brazil, China, India, Germany and the United States, accounts for more than 80% of the world’s gross domestic product (GDP), 60% of its population and an estimated 80% of global greenhouse gas emissions.

Keeping 1.5°C within reach will require meaningful and effective actions by all countries, the latest draft says.

That compares with a previous draft which said “immediate action” was needed, reflecting the painstaking discussions over wording involved in climate diplomacy.The reference in the latest draft to the importance of reaching net zero emissions “by mid-century”, replaces a previous version which referred to the more specific “by 2050”. This was in brackets, indicating it required negotiation. The latest draft acknowledges that current national plans on how to curb emissions will have to be strengthened, but offers little detail on how this should be done.

U.N. experts say that even if current national plans are fully implemented, the world is headed for global warming of 2.7 degrees, with a catastrophic acceleration of events such as drought, storms and flooding. The draft includes a pledge to halt financing of overseas coal-fired power generation by the end of this year, and to “do our utmost” to stop building new coal power plants before the end of the 2030s. Both these commitments were in previous drafts, as was another reiterated pledge to phase out fossil fuel subsidies “over the medium term.” In the latest draft the G20 leaders also say they will “strive to reduce our collective methane emissions significantly”. Methane has a much more potent, but less long-lasting, impact on global warming than carbon dioxide. The willingness of wealthier countries to help finance the ecological transition of poorer ones, known as “climate financing”, is likely to be crucial to the success of the G20 and the Glasgow summits.

In 2009, rich nations promised to provide $100 billion per year of climate financing but they have failed to meet the pledge, generating mistrust and a reluctance among some developing nations to accelerate their emissions reductions.

We stress the importance of fulfilling the joint commitment to the goal of developed countries to mobilize USD 100 billion annually from public and private sources through to 2025 to address the needs of developing countries, in the context of meaningful mitigation actions and transparency on implementation, the latest G20 draft says.

There is no reference to retroactive payment of the money promised by 2020, which some developing countries and activists say is needed.