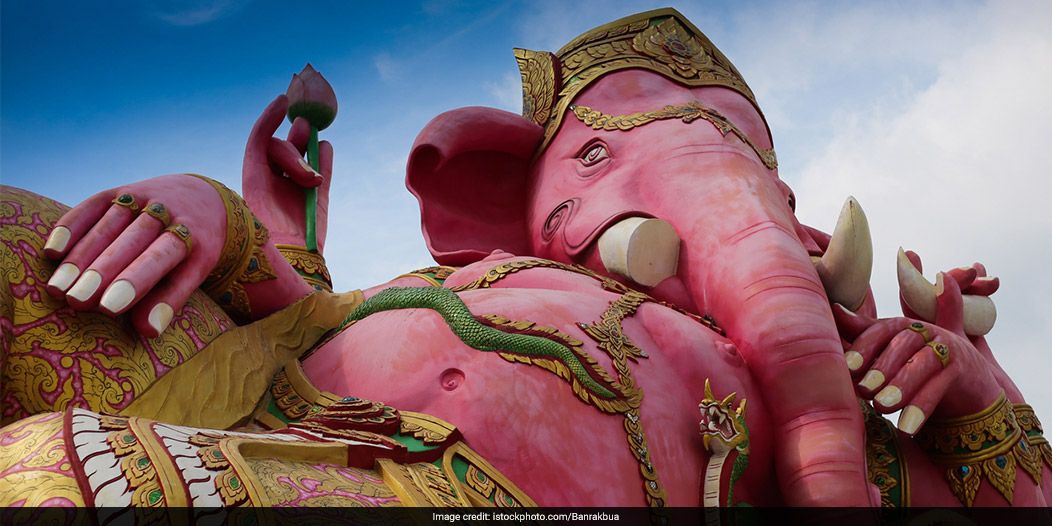 Ganpati bappa morya, agle baras tu jaldi aa! The air resonates with these cries once every year, the literal meaning being Ganesha, my lord, come back soon next year. And so year after year the tradition of welcoming the Elephant-headed God into the homes on Ganesh Chaturthi, followed by the send off 10 days later with the Visarjan or immersion of the Ganesha idols continues. The festival is celebrated with great fervour in many part of the country. The processions with the Ganesha idols, as he makes his way for the immersion are colourful affairs, with music, dancing and the atmosphere is charged with chants of the followers, as the countless idols makes their way through various streets across the country into different water bodies. Symbolic of nothing is permanent in this mortal world, the visarjan though leaves behind a lasting impact on the water bodies where the idols are immersed.

With each passing season, the adverse environmental effects of idol immersion on water bodies and the ecology of surrounding areas are worsening at an alarming rate. This year is not likely to be different. Here’s how idol immersion damages the environment. 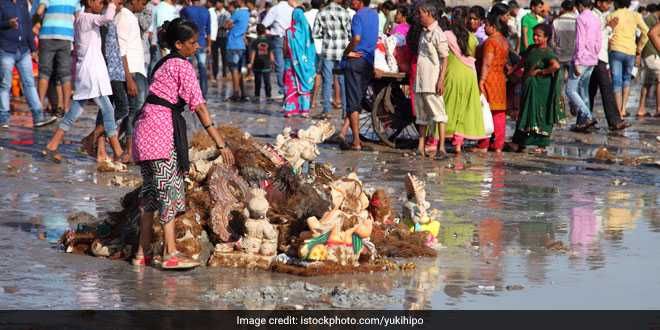 Idols Can Pollute The Water Bodies And Have An Impact For 100 of Years: 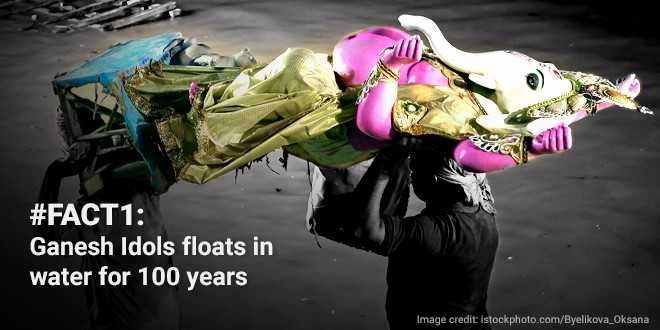 Ganesha idols are generally made up of Plaster of Paris (POP), plastic and cement. Then these are decorated with paints (which are toxic), heavy decorations and flowers. In short, once the immersion takes place, the statue of gods along with other toxic things live on for decades in water and travel from one water body to another, leaving an indelible impact on the ecosystem.

Plaster of Paris contains calcium sulfate hemihydrate, which can take several years to fully dissolve. It also reduce oxygen levels in the water, kills the fishes and other aquatic animals. The end result is huge amount of water pollution which then gets mixed with other types of waste, thereby poisoning our water sources for several and several years.

The More Colurful The Idol Is, The More Harm It Will Cause 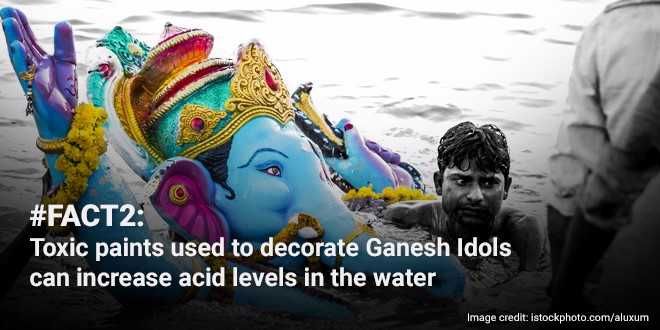 Ganesh idols are often decorated with toxic paints which contains heavy metals such as lead and mercury which seeps into the water after the idol immersion, and adds to the acidic level of water which is not good for the environment and marine life. It can also cause skin diseases in humans.

Ganesha Is Not Alone, It Is Immersed With Other Pollution Causing Materials 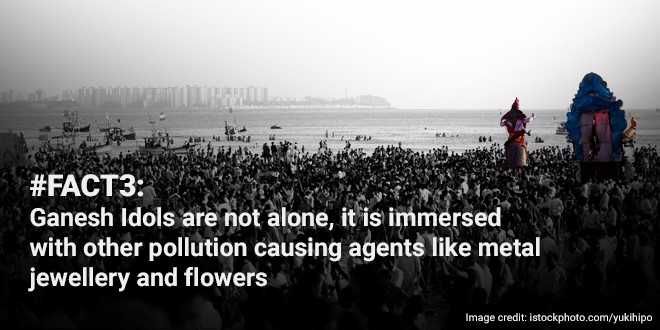 Decked up with heavy metal jewellery, decorations and hundreds of flowers, when the ganesh idols are immersed in the water bodies, all this waste ends up in water bodies. Although flower waste is usually bio-degradable, but, since these are cultivated using many fertilizers and pesticides, when it mixes with water these pollution causing agents remain as residue on the flower, and pollutes the water body and affect their fragile ecosystem.

What Needs To Be Done?

Making a greener choice when selecting idols, is one option. There are many alternatives available today that are non-polluting and bio-degradable. The other option is to take the pressure off the traditional water bodies that are reeling under the daily discharge of sewage, industrial effluents, plastic and other waste which is being dumped into the water untreated. Idol immersion only adds to this burden. So, making alternative tanks for immersion or similar arrangements at individual household level may take this additional pressure off our dying water bodies.