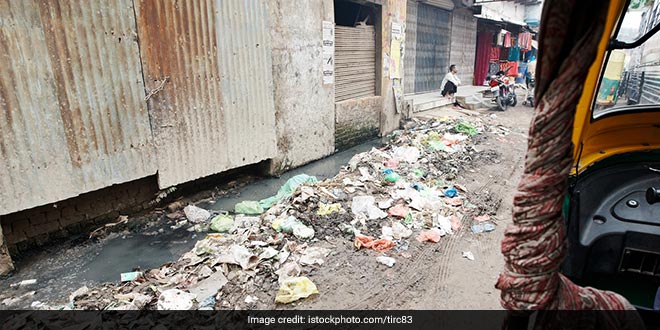 New Delhi: Piles of garbage scattered in each of the lanes, thousands and thousands of flies buzzing over another pile of faeces, overflowing drains with sewage and the foul smell taking a toll on people’s health – welcome to Muzaffarnagar, one of India’s dirtiest cities, which ranked 371 out of 425 in the Swachh Surekshan 2019. The district has come to this state because of its people – some five lakh people living here follow a daily ritual of throwing their waste in a vacant area situated outside their lanes or houses and shops, as a result, Muzaffarnagar, currently suffers from many unwanted garbage dump-yards.

In a bid to fight the rising garbage problem in the city, the district administration of Muzaffarnagar has deployed two mobile vans with video cameras and a videographer to control littering among the people. While talking with NDTV about the move, Atul Kumar, City Magistrate said,

From now onwards, if you litter on city roads, you’ll be caught on the cameras and will be subject to adequate actions from the administration.

The two vans will be making rounds in the city, which generates about 150 tonnes of garbage everyday, from morning 8 am till the evening at 7 pm and capture the offenders in action. Apart from a videographer, there will be two sanitation inspectors in the van. These sanitary inspectors will be given the authority to charge fines which will be decided soon by the administration as per the provisions under in the UP Municipalities Act, 1969.

Initially, more focus will be on controlling littering in the market areas and then the residential areas. Explaining about the littering control plan, Mr. Kumar said to NDTV,

Shopkeepers deal with all kinds of waste everyday and most of the time, they just toss the waste right near the shop instead of making efforts on finding a proper bin or garbage disposal point. We will spot these offenders and an attempt will be made to persuade them and warn them on disposing off the garbage more mindfully by segregating the waste and put it in Municipal Corporation’s garbage truck. However, if the act continues, it will be recorded as an offence and adequate actions will be taken including fines and publishing the names of the offenders in a local newspaper. The district magistrate (DM) has requested the citizens to cooperate with us and help keep the city clean.

Apart from using the mobile vans with video cameras, to ensure cleanliness in the city, the district magistrate office has divided the city into five zones for conducting zone-wise cleanliness campaigns. Mr. Kumar said that each zone will be administered by one sub-divisional magistrate (SDM) who will be responsible for the overall cleanliness of the zone. This means that these officials will work on curbing littering, promoting waste management, and cleaning up the undesignated garbage disposal sites.

With an aim to influence the behaviour of the residents and encourage waste management among them, the city administration has also started conducting meetings with local business chambers and residential welfare associations (RWAs). The meeting aims at planning cleanliness drives and discussing the status of garbage and ways of waste disposal in the city. The municipal corporation has hired a private company to manage and recycle the waste collected by the Municipal Corporation. Mr. Kumar signs off saying,

It has been observed in various parts of the city that when people see a pile of garbage at one spot, they start throwing the waste there even when the spot is not a designated dumping ground. Empty plots and roadsides are the biggest victims of this. It is said that garbage attracts garbage. Therefore, we aim to remove these garbage sites and ensure that no one dumps their waste on the undesignated spots.