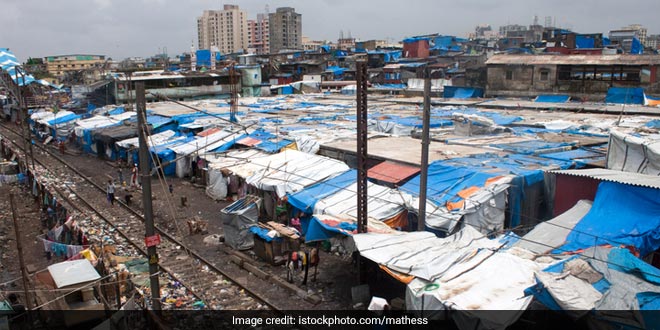 New Delhi: Men and children carrying lotas and defecating under the sky, innumerable plastic bags, bottles and wrappers weaved together and scattered food items are some of the visuals that are often associated with Mumbai’s railway tracks. Being one of the filthiest railway tracks in the country, the piles of trash has caused several problems ranging from derailment to water clogging during monsoons. After receiving several complaints from daily commuters, the Central Railways (CR) finally kickstarted its own Swachh Railway Abhiyan two months back and the results have been tremendous.

Between October to December 2017, the CR employees cleaned the tracks near Chhatrapati Shivaji Maharaj Terminus, Dharavi, Masjid Bunder, Thane and Parsik tunnel and managed to remove whooping 30,000 cubic metres of trash. While most of the trash was cleared during late nights, the CR also took advantage of its weekly Sunday mega block which is implemented during maintenance work.

The five areas that were chosen are highly prone to waste dumping. From high rises to innumerable slums, most of the people residing close to the tracks discard their domestic garbage there. The total trash collected filled up five lakh bags of garbage. If one puts it all together, it will form a 30-storey building.

When asked how the CR plans to dispose of muck and garbage collected Mr Udasi further adds, “Our staff is coordinating with officers from the concerned municipal departments. The shifting and dumping of five lakh bags will certainly take a long time.”

Tonnes of garbage lying unattended on railway lines isn’t only limited to the city of Mumbai. Major cities like Delhi and Kolkata have also faced the brunt from authorities and citizens for its lack of cleanliness. Considering that the sanitation and hygiene condition of Indian railways is something that everyone is weary of, Ministry of Railways is swiftly integrating the Clean India Mission through its Swachh Rail-Swachh Bharat initiative.

For instance in a bid to improve the condition of public toilets in Mumbai’s Western Railway, the authorities introduced a new mechanism under which users can scan the QR code from their phones and rate the cleanliness of toilets. To stop the menace of open defecation, the government launched a green corridor track (a track that is free from human waste) in the western region and will soon install 85,000 bio-toilets in passenger trains to prevent open-discharge on tracks. On lines of dirtying the railway platforms, Kolkata’s busy Howrah Railway station adopted a novel approach to drive home the message of ‘Swachh Bharat’. The station painted their walls with posters depicting famous scenes from Bollywood hits to grab the attention of the commuters.