New Delhi: Maharashtra government’s plan to ban all kinds of plastic carry bags in the state from Gudi Padwa, a spring-time festival that marks the traditional New Year for Hindus has already come into action. To help government in its cause, Green Yatra, a NGO is encouraging people to give up plastic bags through a ‘Bag For Cause’ campaign. Under this initiaitve, the NGO gives jute and cloth bags to citizens in exchange of garbage.

We collect dry waste like plastic bottles, old newspapers, old books notebooks, tetra pack, empty cans and e-waste such as computers, laptops, mobile phones, toys. The reason behind gifting a bag is to discourage use of plastic bags which are one of the major reasons behind marine litter, says Pradeep Tripathi, founder of the Green Yatra, while speaking to NDTV.

Under ‘Bag For Cause’ which started in 2012, the organisation appeals to individuals, housing societies, corporates, schools and colleges to donate their waste. In exchange of the trash, the team gifts a cotton/canvas/jute bag with environment related slogans written on these bags. The eco-friendly bags can be used for both regular grocery shopping or taken to college or office. 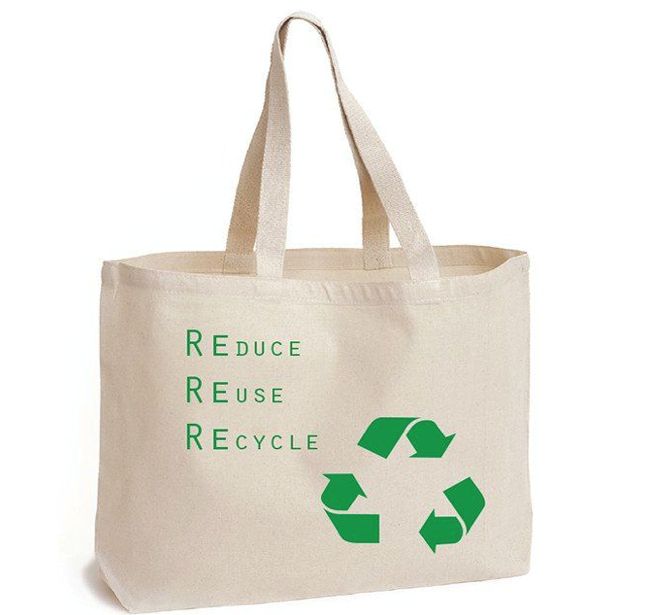 Bag given in exchange of waste

In the year 2008, I and my friend Durgesh started a project ‘Go Green Ganesha’. During Ganesh Chaturthi a lot of plastic waste is generated and keeping that in mind we started with this project. Slowly and gradually people started joining us and in the year 2010 we got Green Yatra registered and dedicated ourselves for sustainable and green world, says Pradeep.

As of now the team has collected over 100 tonnes of plastic, electronic and other waste from various housing societies and corporates and has gifted over 20,000 bags. The organisation has collaborated with various manufacturers who take up the waste for the purpose of recycling and reusing it. For the manufacturing of bags, the organisation has joined hands with underprivileged rural and tribal women, in turn generating employment for them. So far, the Green Yatra has been able to provide employment to some 500 women. 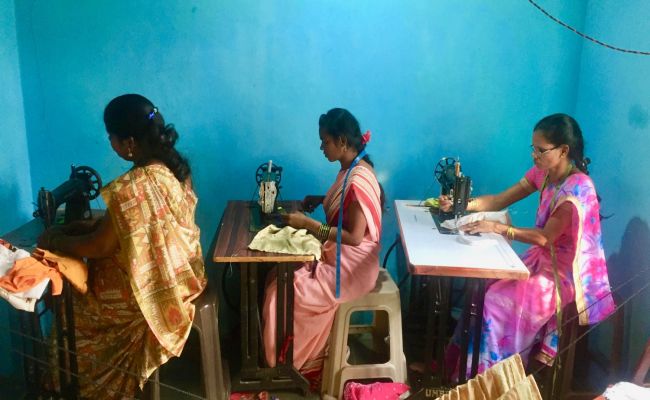 Ms Satya Purohit, a resident of Parel recently contacted Green Yatra to collect waste from their society. Talking about the collaboration, Satya says,

I got to know about them through social media and I got in touch with them instantly. The bags they give in exchange of waste are durable and I think it is a nice way to shed plastic.

Inspired by the efforts of Green Yatra, Satya has herself decided to purchase cloth bags from the NGO and distribute it at farmers market which is set up every Sunday.

Simultaneously, the team is running various other campaigns of which one is ‘Zaroorat- A Need’. Through this campaign, the organisation accumulates various kinds of old household things from the haves and distribute it among the have nots. 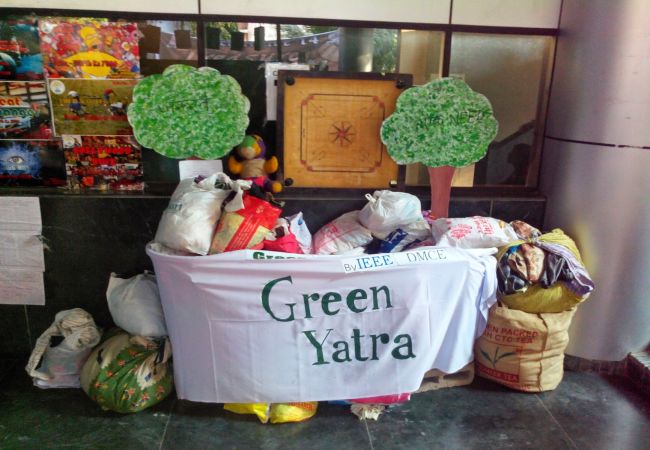 From clothes to toys to blankets to shoes to furniture, an individual can donate anything and everything, but it needs to be in a condition that someone can use it. Once we receive the donation, we do the required repairing, packaging and distribute it among the people in need. Many a time people donate clothes which are worn out and are of no use. So, we use them in making bags, tells Pradeep.

Another campaign undertaken by the NGO is called ‘Pedh Lagao’ to encourage people to plant trees for a greener surrounding. The team has planted 1.3 lakh trees so far and aims to plant 100 million tress by 2025.

Say it is your birthday and instead of gifting you a bouquet your friend thought of planting trees. Your friend can visit our website or can write down to us. We will plant trees on your birthday for which you will receive a certificate stating so and so person planted five trees on your birthday. In the same way, corporates can ally with us to plant trees on their employees birthday, anniversary or whatever the occasion is. All they need to do is, give us a list of events they want us to cover and the number of trees they want to plant. 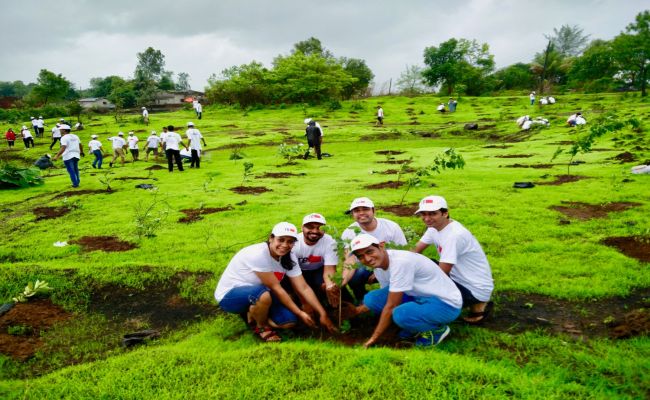 Reserve Bank of India (RBI) collaborated with Green Yatra in 2014 for trees to be planted at various occasions like retirement of an employee, anniversary, and so on. Sanjeev Jha from RBI talks about how they, with the help of the NGO are contributing towards the greener world. He says,

It is a good move to encourage tree plantation. With each passing day, the air we breathe is getting more polluted and to overcome that we need to plant more and more trees. For RBI it is a regular affair.

Concerned about the environment, the team has started numerous initiatives like Go Green Kids, Mission Green Mumbai and Green Societies, Green Earth and with all these projects, the motive is only one, to sensitise people about the value of environment, environmental issues and its side effects and in turn empower them to contribute to a greener world.

Our main objective has always been to leave world better than we found it and for that we are doing our bit, signs off Pradeep.