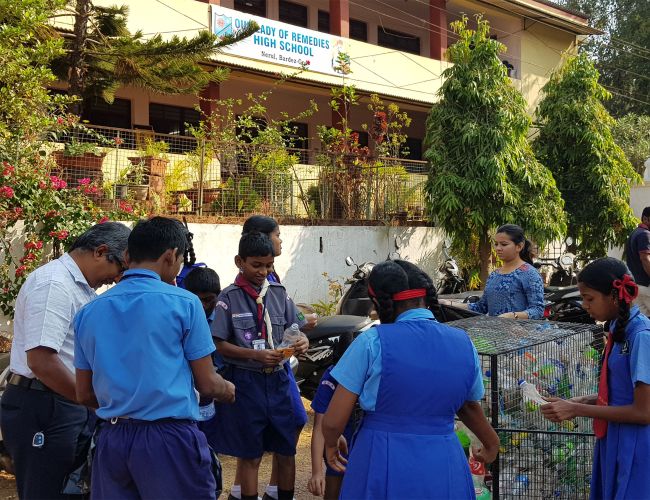 New Delhi: ‘Good habits are practised and developed from a very young age’ – with this as the motto, the government of Goa has decided to introduce waste management course in all the government and government-aided schools curriculum from the academic year 2019-2020. The waste management course will be introduced from June for class III and from thereon will be taken up in a phased manner. Talking about the initiative, a senior official from the state-run body Goa Waste Management Corporation (GWMC) said, “This was the dream of our Chief Minister, late Manohar Parrikar. He had always emphasised on introducing the subject of civic sense in the schools of Goa so that the basic civic issues the state is facing like garbage or waste management can be solved.”

Highlighting the details about the initiative, the officer added,

The syllabus has been prepared by the Pune based Mutha Foundation, a non-profit organisation who has been working towards bringing about fundamental changes in school education in India. The organisation has formulated this course taking inputs from the state department of science and technology. The course has been formulated in such a way that the students understand the basics of effective waste management and help the state go waste-free by following proper waste segregation and collection of waste.

Through the course, school students will be responsible for segregating waste at source and disposing it properly or managing it within the school premises thereby ensuring that waste doesn’t end up in landfills. The waste management subject will be supplementary to the existing curriculum and students will not be assessed for the same as it is meant to only build values and the civic sense among children.

Right To Life Implies Right To A Clean Environment, Says The Former Chairperson Of The National Green Tribunal